It’s been about six weeks since I started my bathroom makeover. It’s never easy, is it? But, I have to say, when all is said and done,  I’m very happy with the outcome, especially being that this is a rental. Of course if I owned it, I would have ripped out everything and started over, but a project like this forced my creativity, taught me patience and made me appreciate my husband  even more for always putting up with my shenanigans. 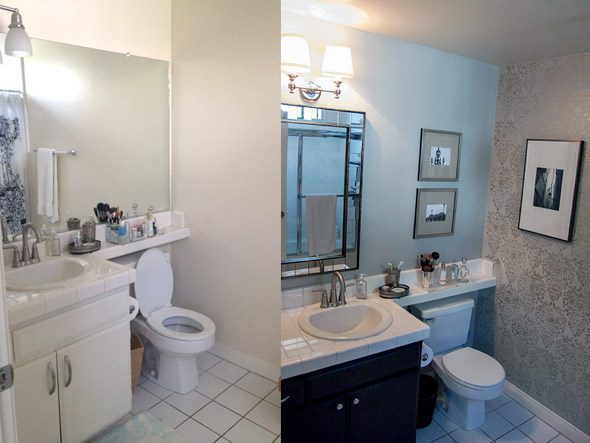 What made this project especially hard was that this bathroom is sooo tiny. It had to be functional, but I didn’t want it to look cluttered. The light fixture and mirror were key pieces, and I ended up getting them both wrong on the first try. In order to not have to rewire the bathroom, I had no choice but to put a new light fixture in the same spot as the old. I really wanted black shades, but it made the bathroom way too dark. So, I reordered the shades in white and they are great. I originally ordered a big black mirror from Ballard Designs, which took almost a month to arrive (the reason this project was so delayed) and then it just didn’t work. It was too heavy in the small space and didn’t go with the wall. The one I went with is from West Elm and it just seems to tie everything together. 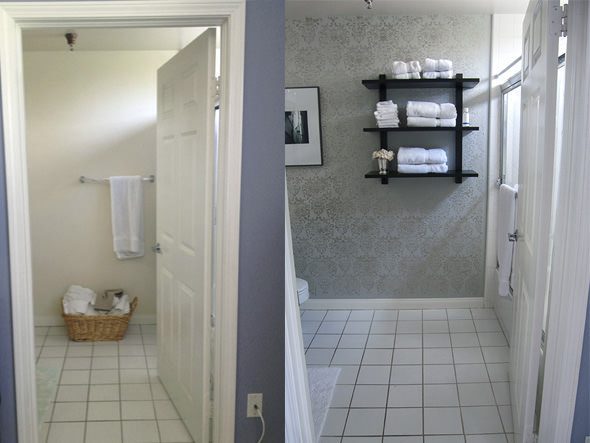 Remember how I mentioned I was having my wall stenciled to look like wallpaper? It was a definite risk and one that I think really paid off.  Many thanks to artist Christopher Canullo for making my idea a reality. What do you think? Would you try this at home?? 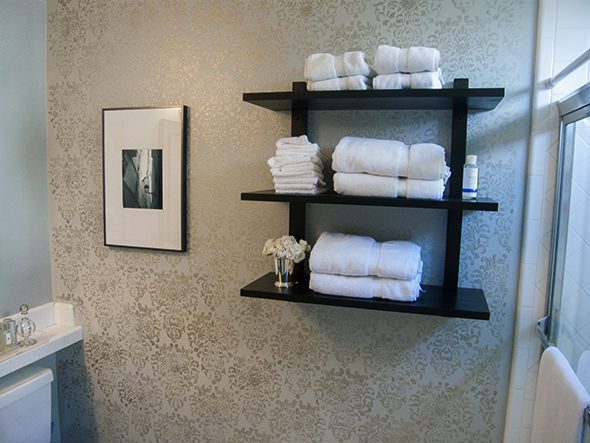 Before, all my towels were just sort of thrown in a basket on the floor. I love how hotel bathrooms always have them so neatly stacked, so I took inspiration from the hotel experience. This small bookshelf from West Elm was the hardest piece of the puzzle. I debated on a decorative ladder, a train rack, a small piece of furniture, the list goes on. I love that it serves a purpose, and looks orderly and inviting at the same time. 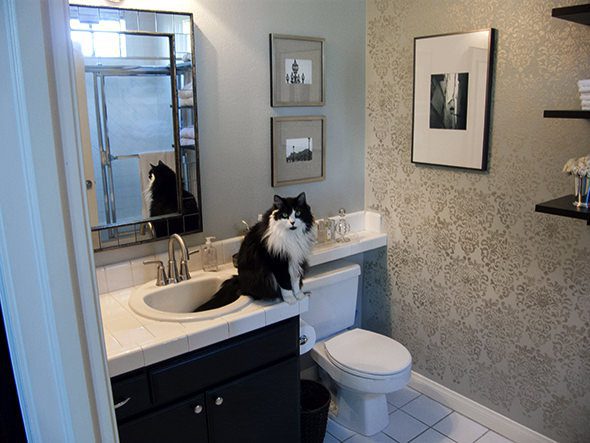 The photographs on the walls are ones we took in Paris and Barcelona. It cost about $10 to have them all printed. I just bought gallery frames from West Elm and Pottery Barn, which was much cheaper than custom framing. I loved the gallery art in the NoMad Hotel, so I used that as inspiration. I originally had the idea to make a completely black and white bathroom, but soon realized that it’s essential to have beautiful architectural detailing like moldings and beadboard to really make that pop. Also, have you ever tried to find a solid black shower curtain? It’s amazingly impossible to find one that looks good. To see all more amazing bathroom inspiration, check out by Bath Time Pinterest Board. I think Bailey approves. Do you?? 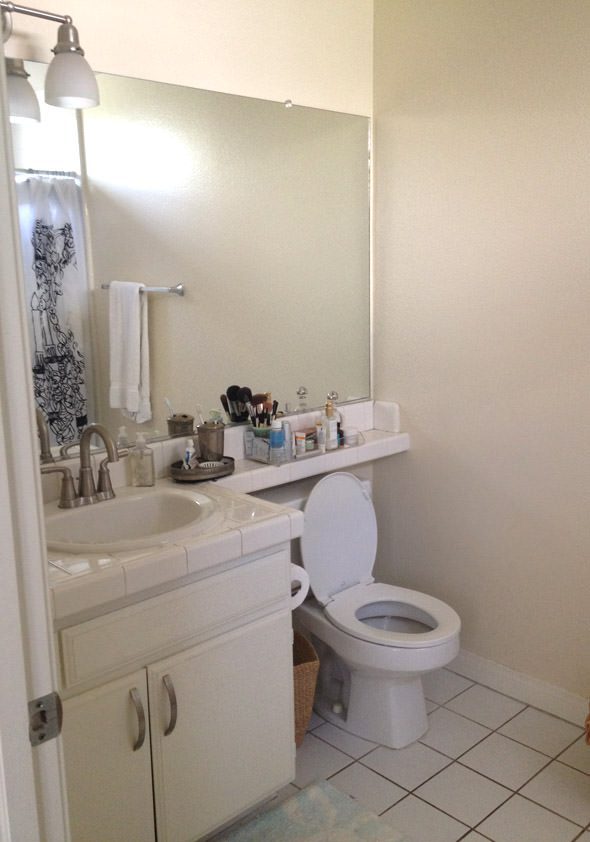 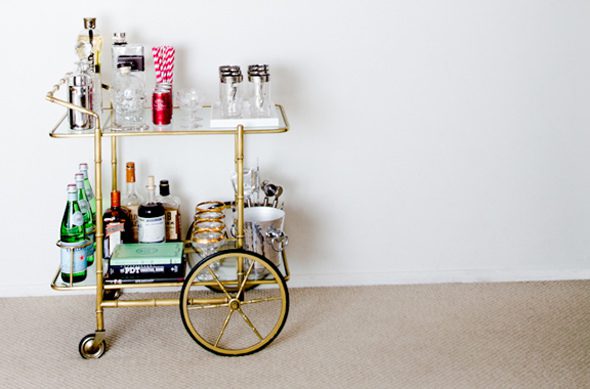 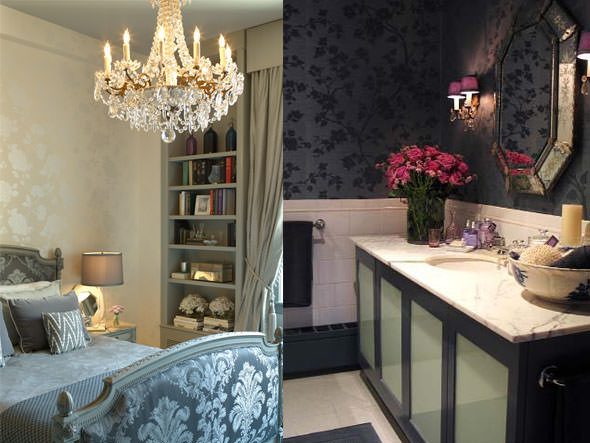 11 thoughts on “Before + After: Our Apartment Bathroom Makeover”