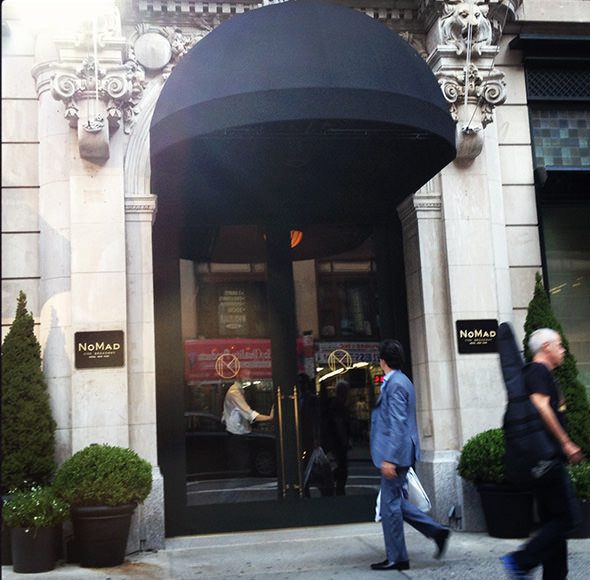 Our taxi rounded the corner on to Broadway and I was filled once again with that excitement you only get from the pulsing city that is classic New York. The setting? The new NoMad Hotel, located north of Madison Square Park (NoMad neighborhood) and it’s become my new favorite. 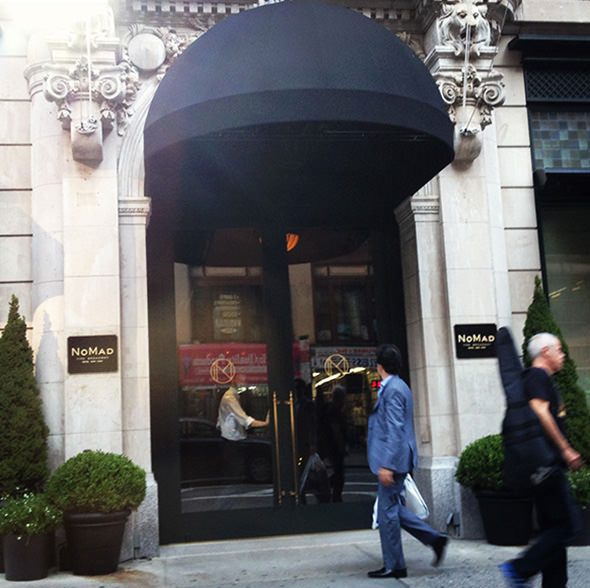 I snapped this as we pulled up. Notice the smart dressed man walking by—the perfect Sartorialist moment. 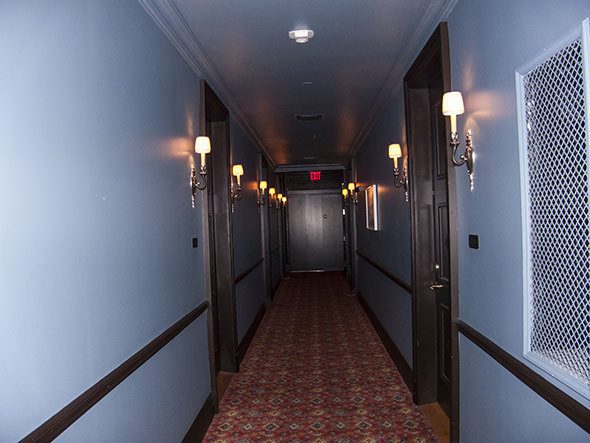 Blue and Chocolate will never get old to me. Remember who else had blue walls? One of my other faves—The Nines in Portland.

How great is this gallery wall?? I love how the height lines up on every picture—so very Domino magazine, as my sister-in-law noted. R.I.P. Domino. It’s one of those touches that seems so obvious, yet so hard to pull off when you try it yourself. French designer Jacques Garcia did the interiors. Read more about his inspiration here. 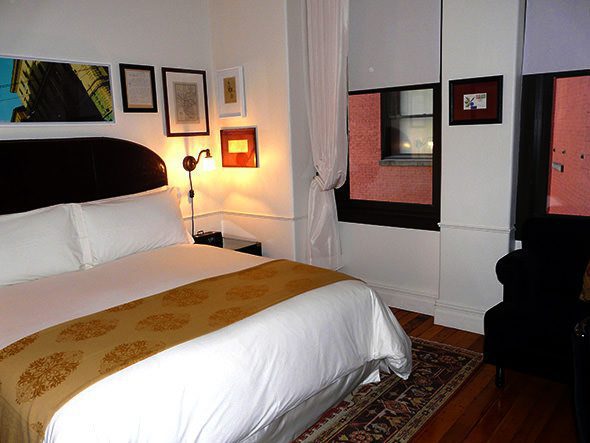 Being that we were only here two nights, I booked a standard room, which was plenty big with a gorgeous European style bath. I also scored a deal for $225/night on Jetsetter. That is an AMAZING deal in New York no matter where you are staying. It also has the Mr. & Mrs. Smith seal of approval (and you know how I feel about that). Even without the Jetsetter deal, prices are great in August.

After a quick freshen up from the plane, we headed down to the hotel restaurant to meet my hubby’s two sisters, who both live in NYC. We had barely been seated when our awesome waitress recommended her favorite cocktails. 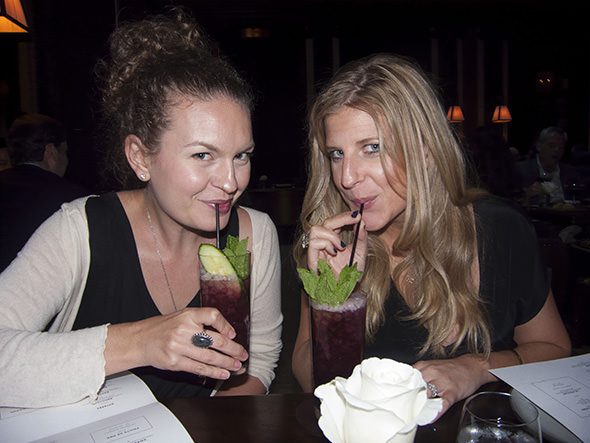 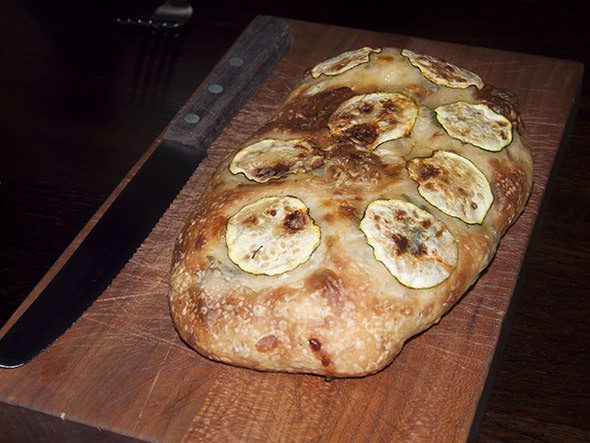 This is the bread for the table and it is even better than it looks. Fresh from the oven. Crusty on the outside; soft on the inside. 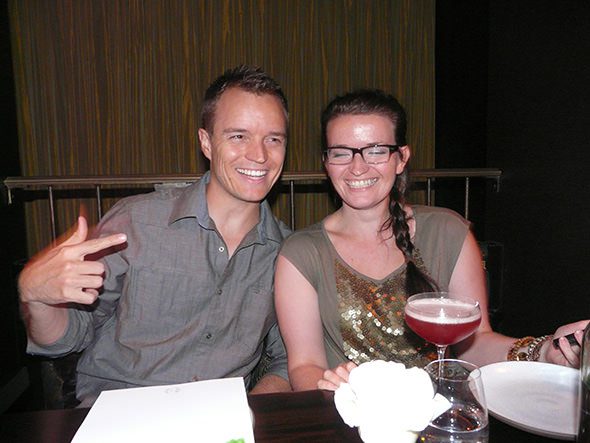 Dave no doubt giving his sister a hard time as only a big brother can do. Anneke loves food like me—check out her food blog and very impressive videos here. 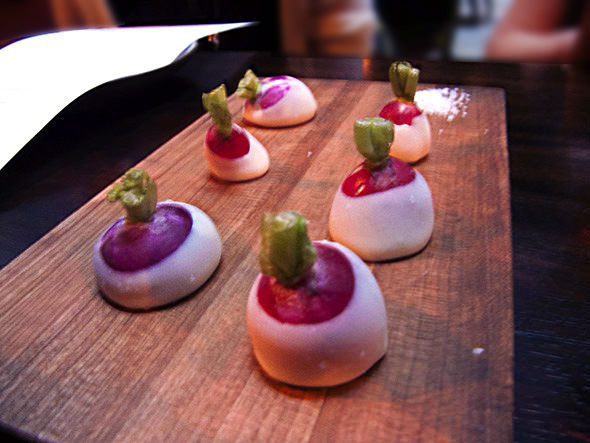 We started the meal with a snack of radishes. With butter and salt, of course. So very French.The white around the radishes is butter, hardened like chocolate on a strawberry. I will be trying this at home. 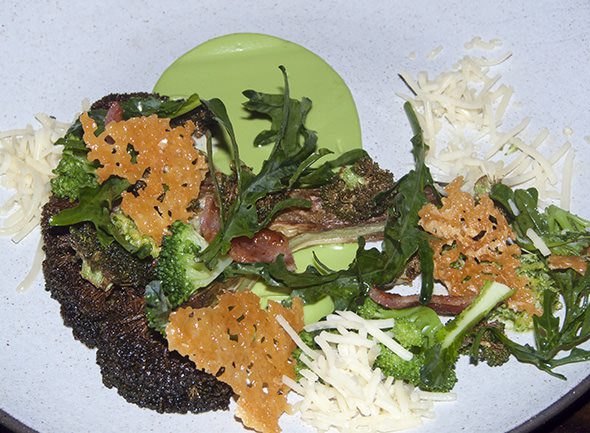 I won’t bore you with photos of every single thing we ate, but let’s just say it was all exceptionally good. It would have to be to house Obama’s fundraiser last month for $40,000/plate, right?! My only gripe was that the portions are incredibly small. The above is the Broccoli entrée (with lemon, cheddar, bacon). Is your eyebrow raising too? When we questioned it, the waitress broke it down, explaining every single nuance of this complicated dish. Though it was as good as she described, I could have eaten two more of these. Luckily, we only ordered this to share as a side. If you are going to leave full, expect to order something from every part of the menu. My recommendations? The Bone Marrow (to start) the Steak, and Eggplant entrées. 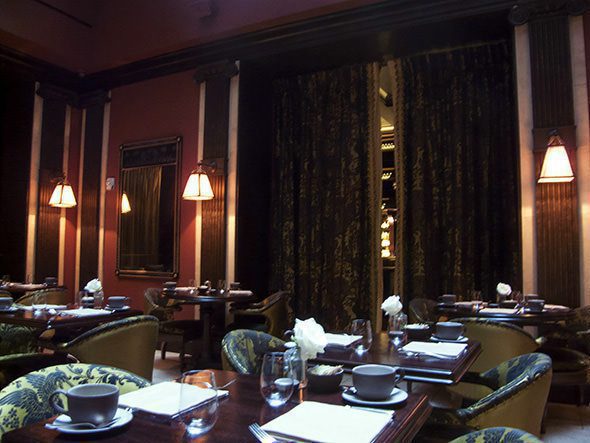 The next morning we said our goodbyes to New York over breakfast in the Atrium. It was so delicious—I highly recommend even if you aren’t staying in the hotel. And, yes, the portions were much bigger than dinner. Try the sausage, egg and cheese English muffin. They make the sausage in house. 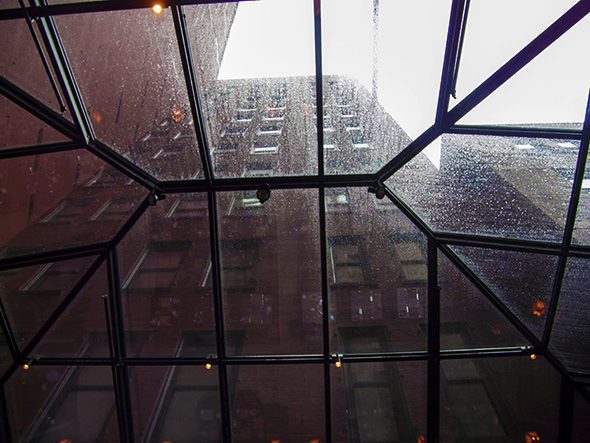 As I sipped my coffee, I looked up through the glass pyramid roof and watched the rain come down. I happen to love when it rains on the day I’m leaving. Apropos, I think. As if the city is also sad I’m leaving. But, I’ll return when the air is cool and the days are short. Thanks for an awesome birthday, New York! Until next time…

Previous Sons of Essex
Next Parc it Right Here 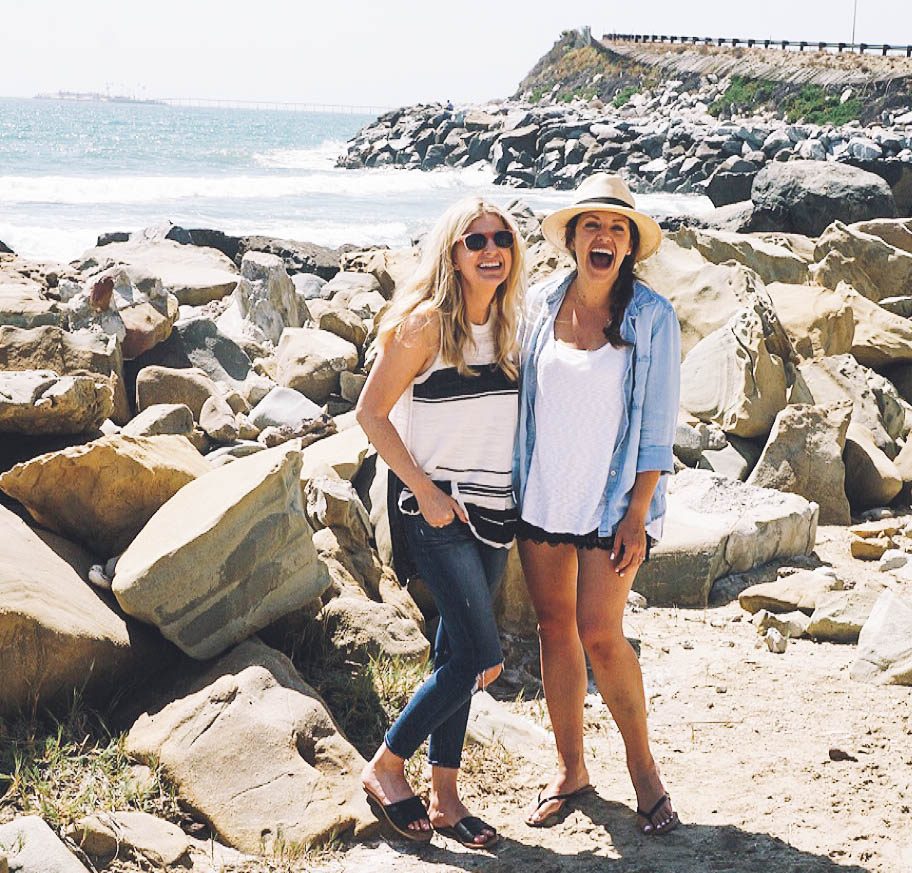