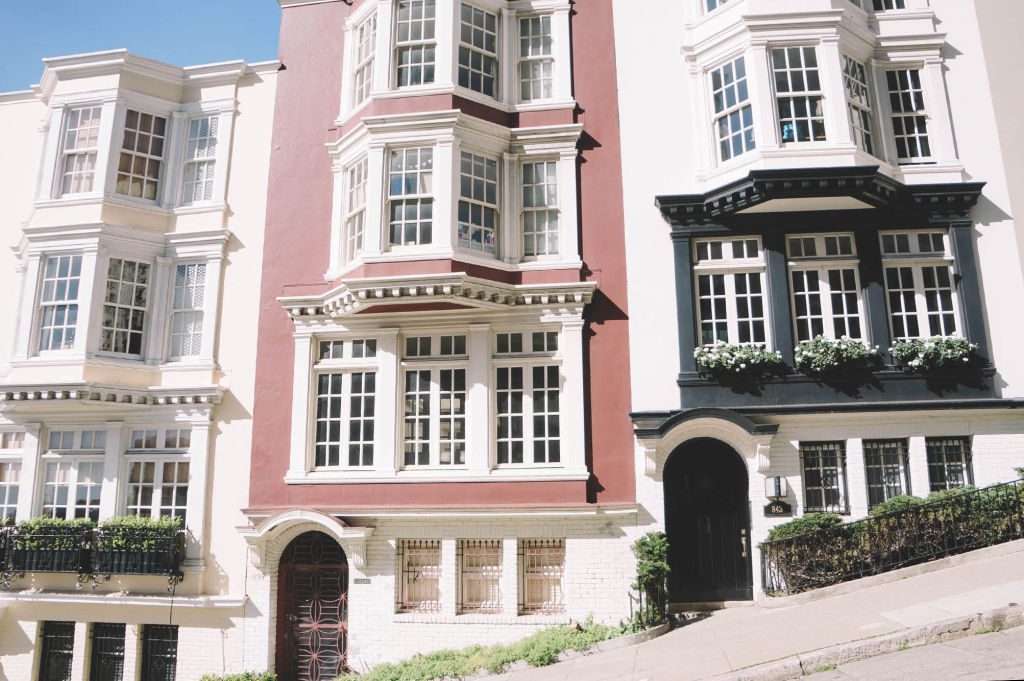 San Francisco! What a city. Small enough that it’s walkable (if you don’t mind the hills), yet big enough to have very distinct neighborhoods with some of the best cuisine in the world. I’ve been lucky to spend quite a bit of time here, but we were far overdue for a visit. Last weekend, The Mister had a conference, so after one night in Ojai, we popped up for a quick two nights. Here is a little update on what I’m loving right now. 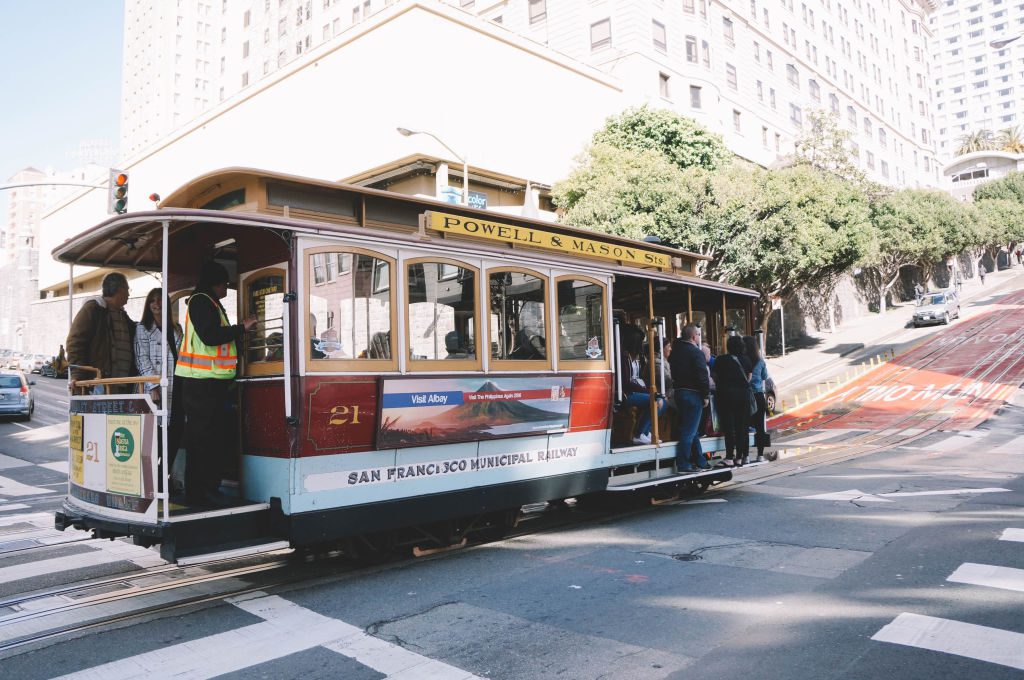 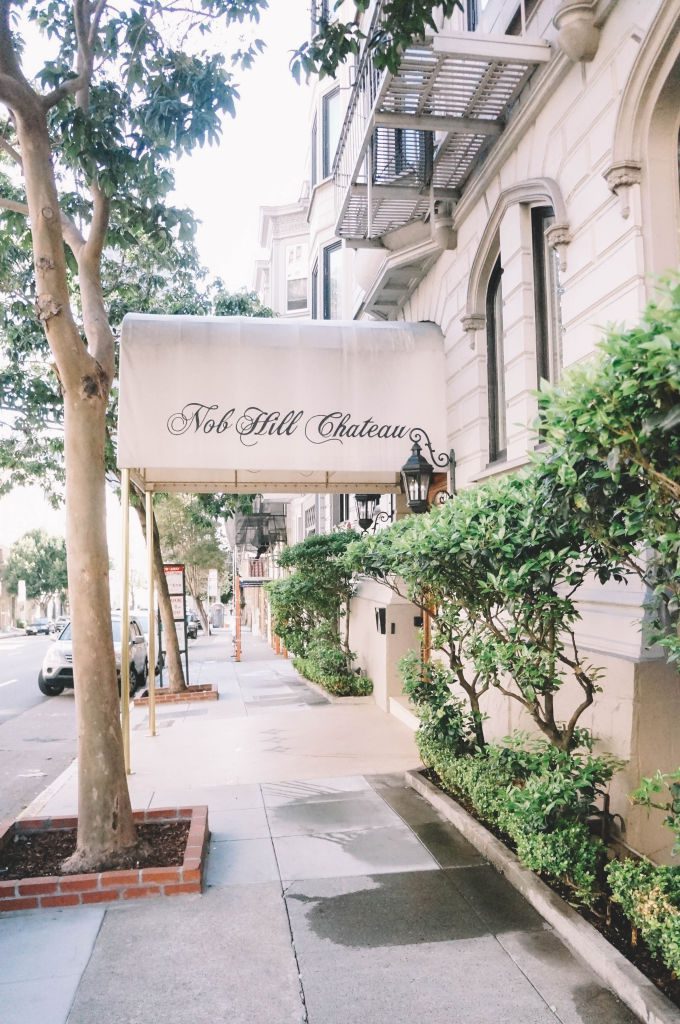 STAY (Nob Hill): Nob Hill is one of my favorite areas of San Francisco because it’s full of glitz, glamour, spectacular homes and hotels all at the very top of the city!

Intercontinental Mark Hopkins – This hotel is a classic, perched right at the very top of the hill. They even have a revolving piano bar at the very top named (wait for it) Top of the Mark. It’s been around for ages, so there’s nothing trendy about it. And that’s a good thing. Order a martini. 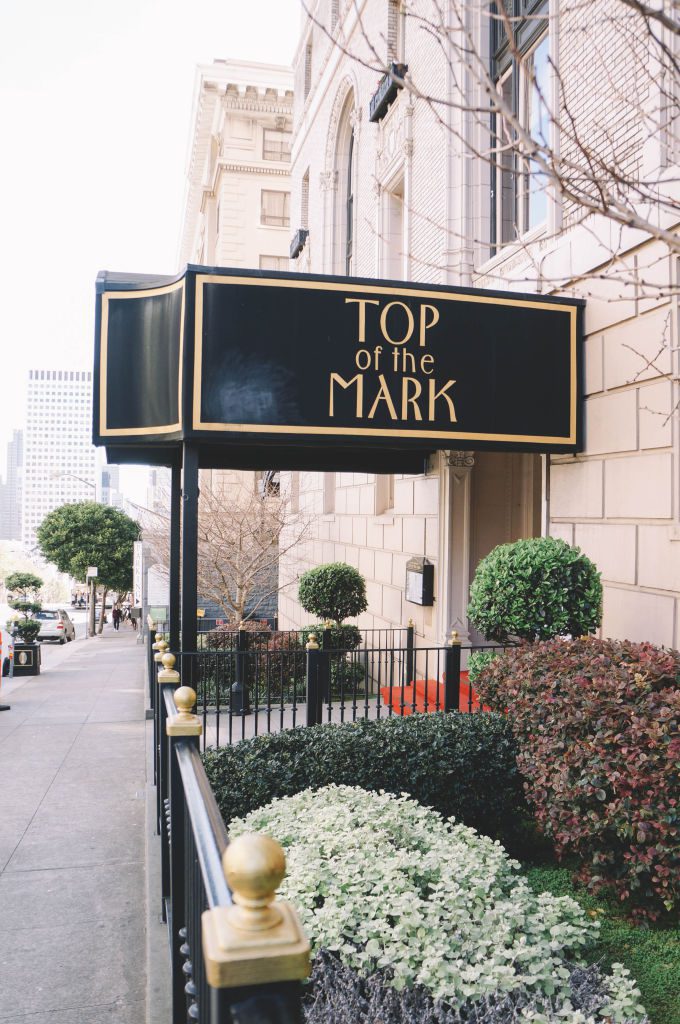 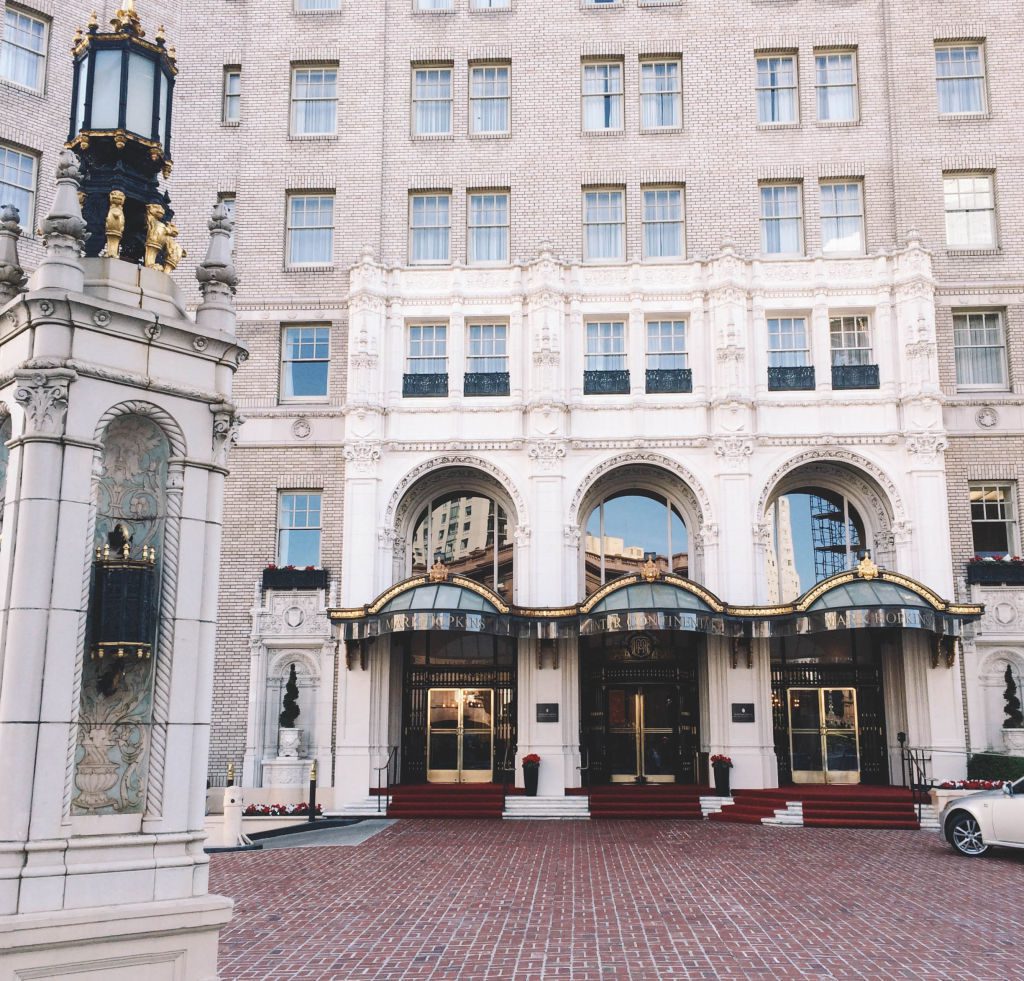 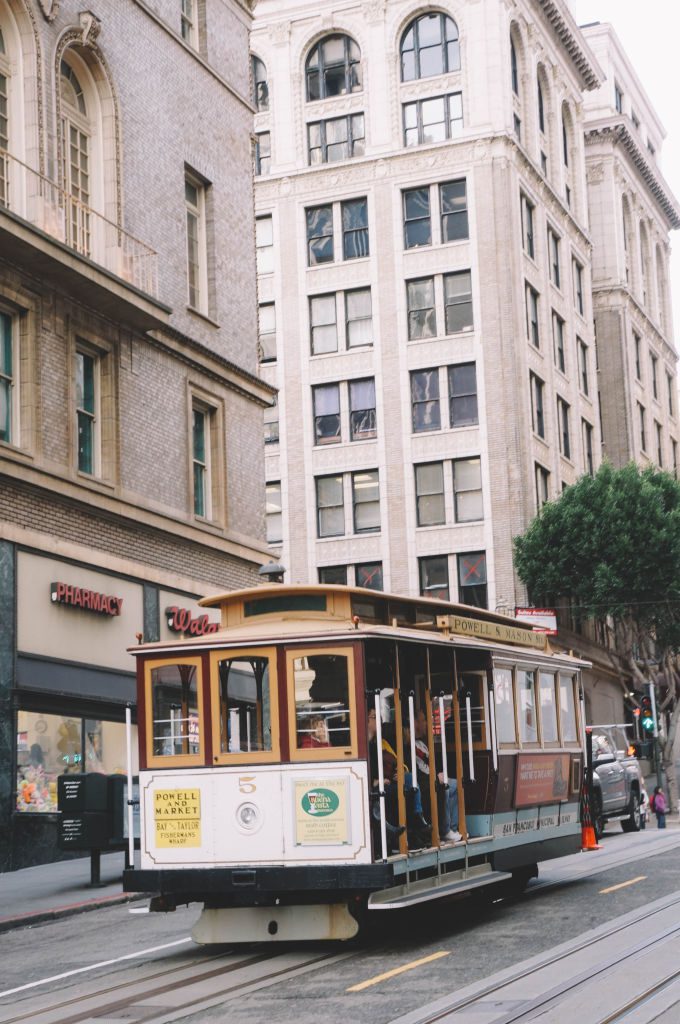 All aboard! We’re heading back down the hill to the financial district for one ultra cool new hotel. 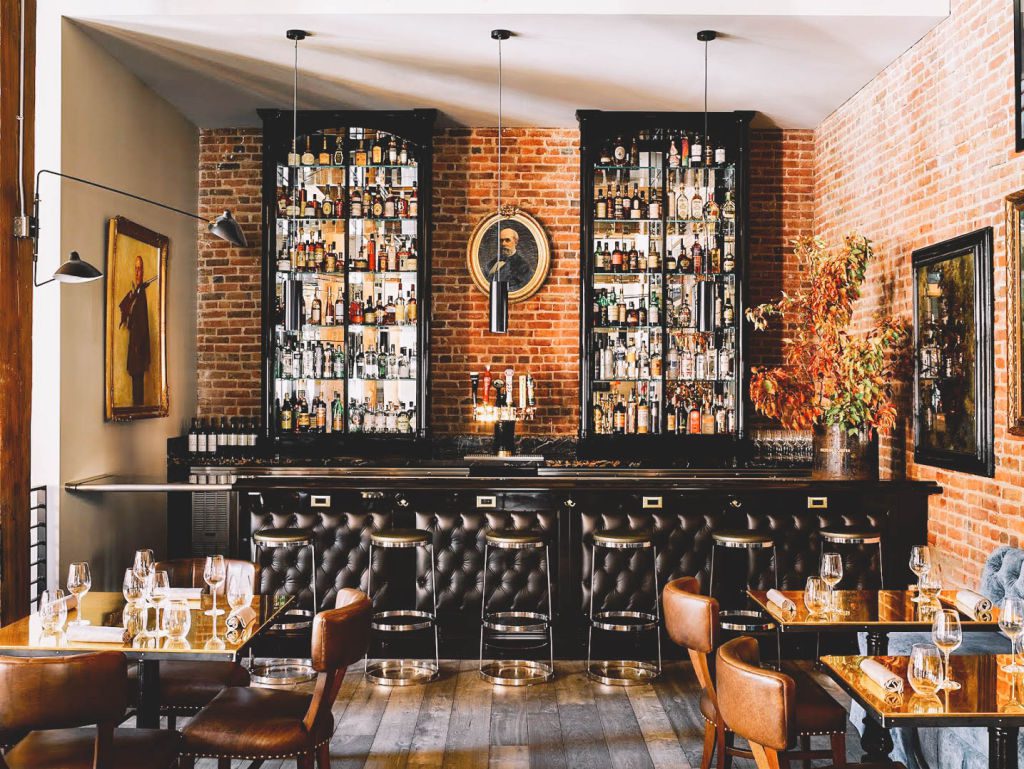 STAY (Financial District): The Financial District is not necessarily the neighborhood to be if you want to be in the middle of walkable shops and attractions, but it’s less than a mile from Nob Hill or Union Square, so not too out of the way and worth it for this hotel discovery.

The Battery – I walked into this luxury, boutique hotel like I owned the place, not realizing it’s actually a private club first, hotel second. They have an impressive restaurant, gym, and beautifully designed bar on the first floor, but it’s not open to the public. The hotel occupies the 4th floor with 14 gorgeous suites, so guests of the hotel are allowed to use the club facilities. San Francisco was in need of a new, luxury boutique hotel, and had we not be in town for my husband’s work conference, we would have stayed here. 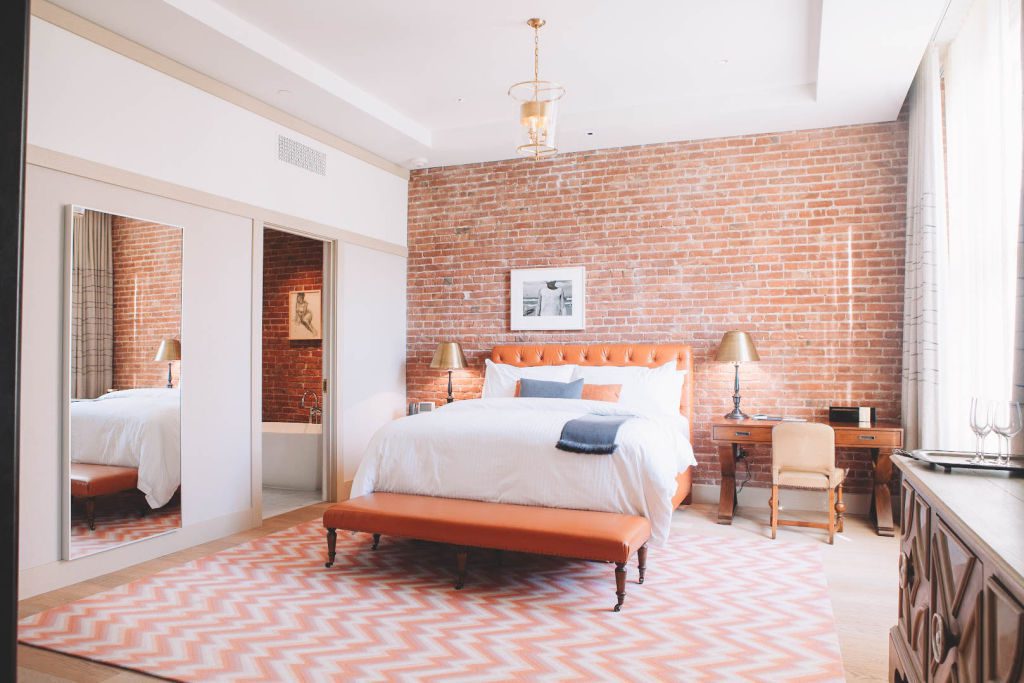 The hotel manager was kind enough to overlook my barging in uninvited and gave me a private tour. 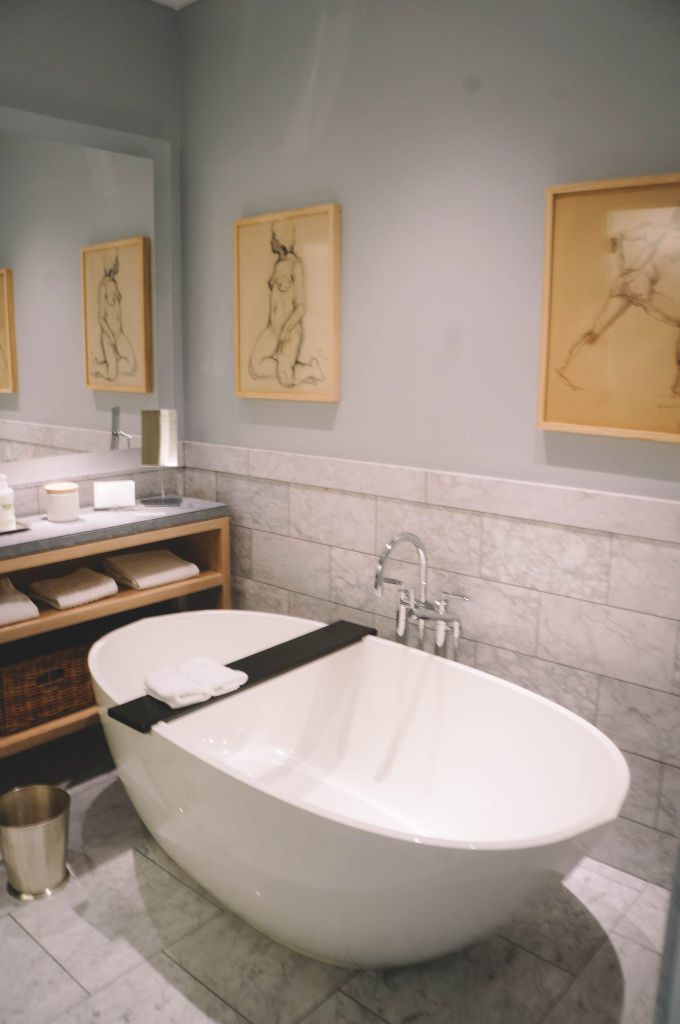 Check out that tub! 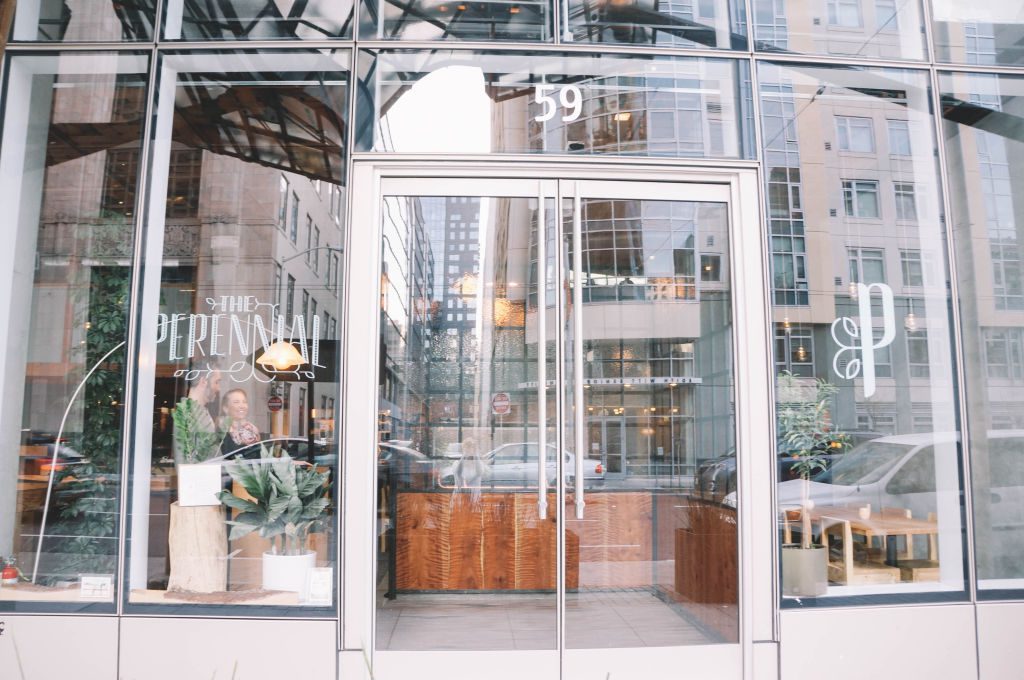 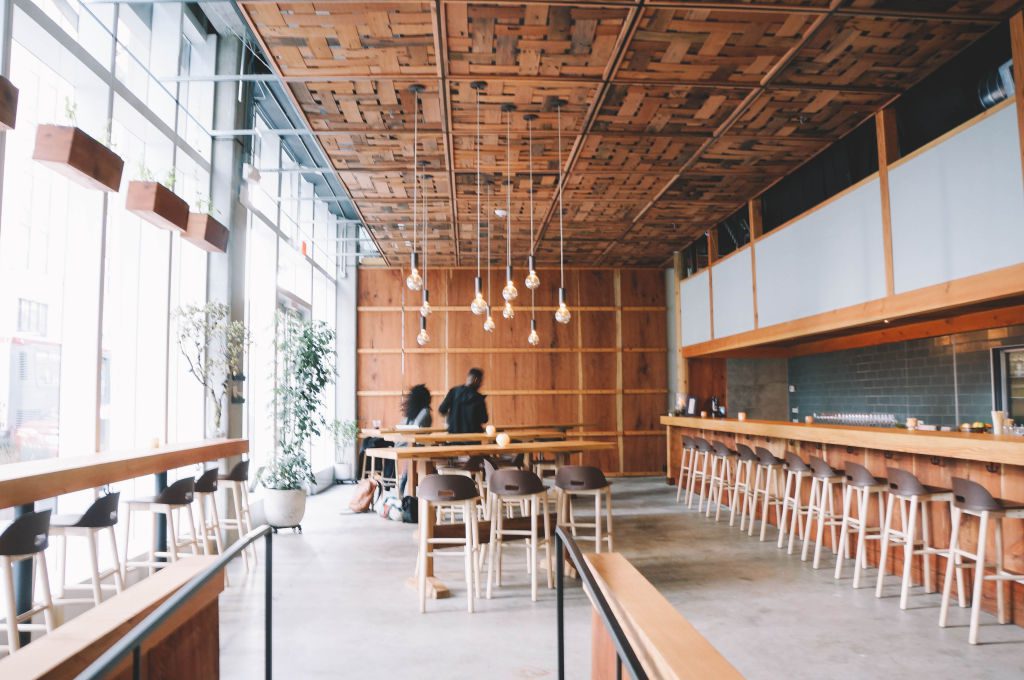 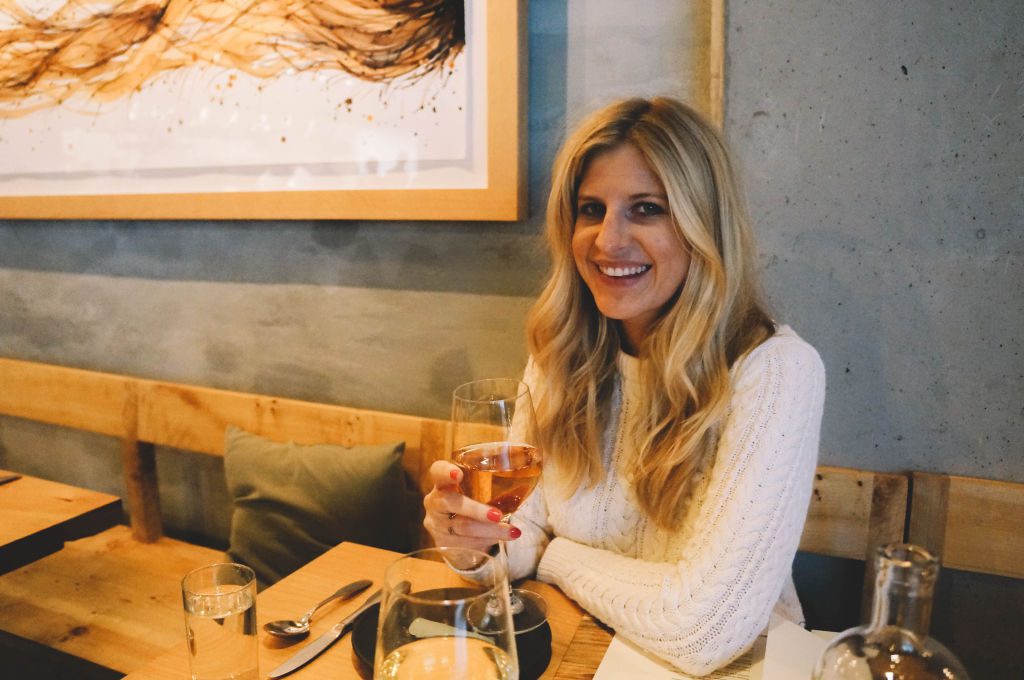 The Perennial – We only had one night for dinner in the city, and I think I chose wisely. The concept here is a restaurant/bar that champions progressive farming. They have partnered with local farmers that have practices beyond organic and have used sustainable design, along with a living pantry of growing vegetables to create an environment that makes you think.

Farm Table – What’s in a name? Everything, in fact. They have one farm table in the middle of this tiny little coffee/breakfast cafe. While I wouldn’t recommend dining in on a cold day, we cozied in with our lattes long enough to inhale their insanely good egg sandwich and then took a little stroll around the neighborhood, coffees in hand.

Ferry Building Marketplace – This is one of my favorite places. A chef’s paradise, it’s chock full of artisanal everything from mushrooms to dried beans to Blue Bottle coffee. 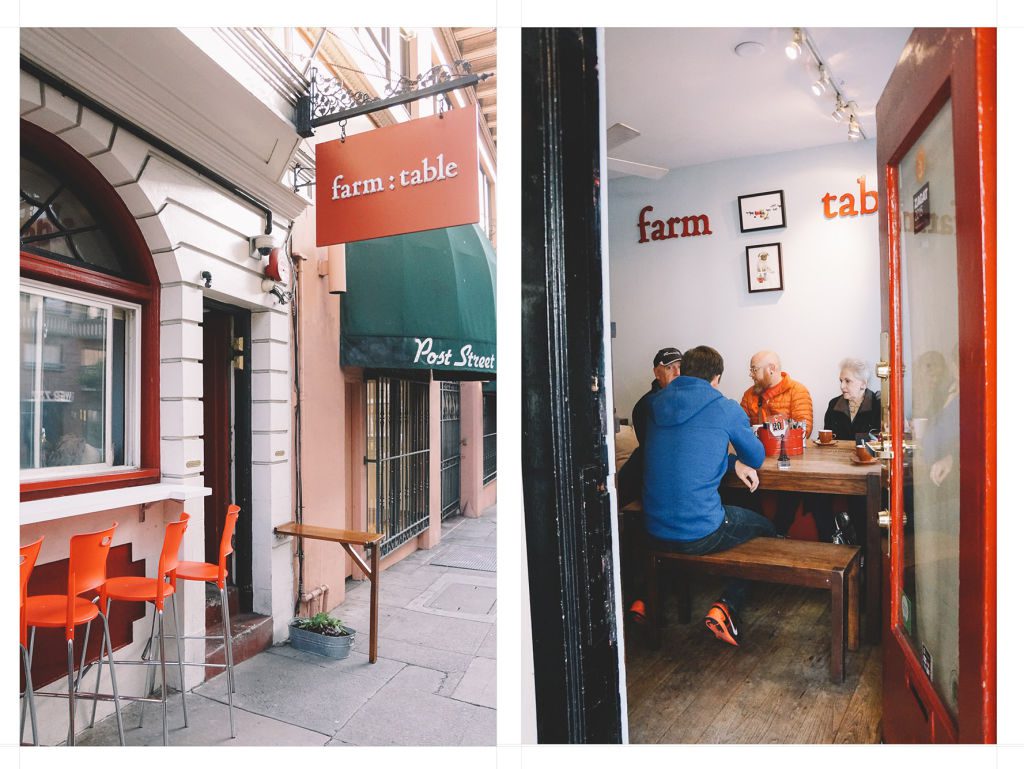 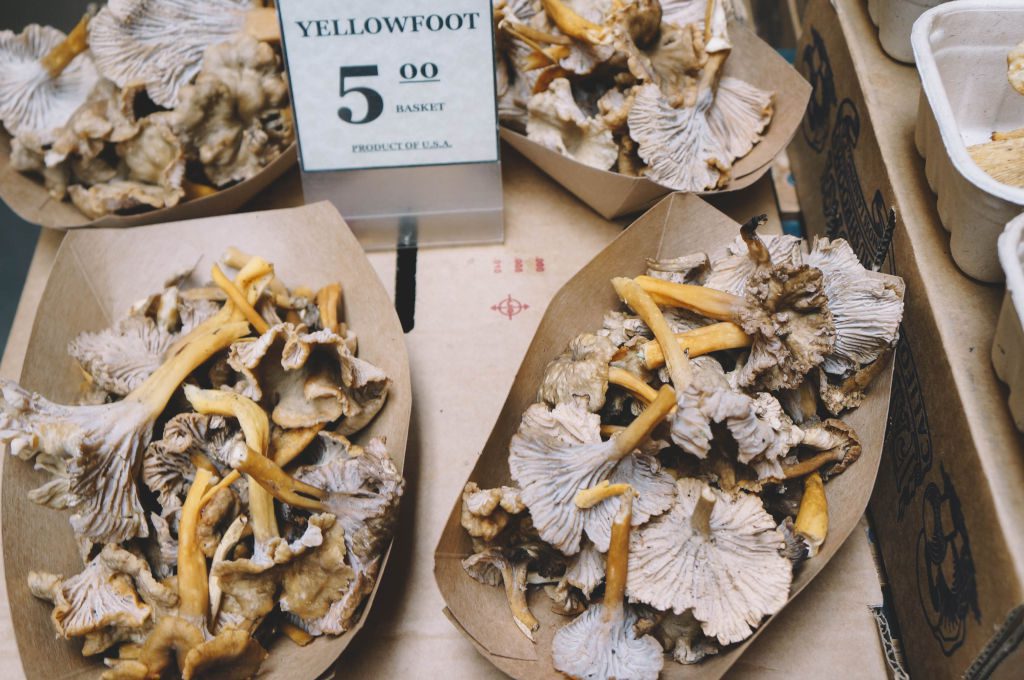 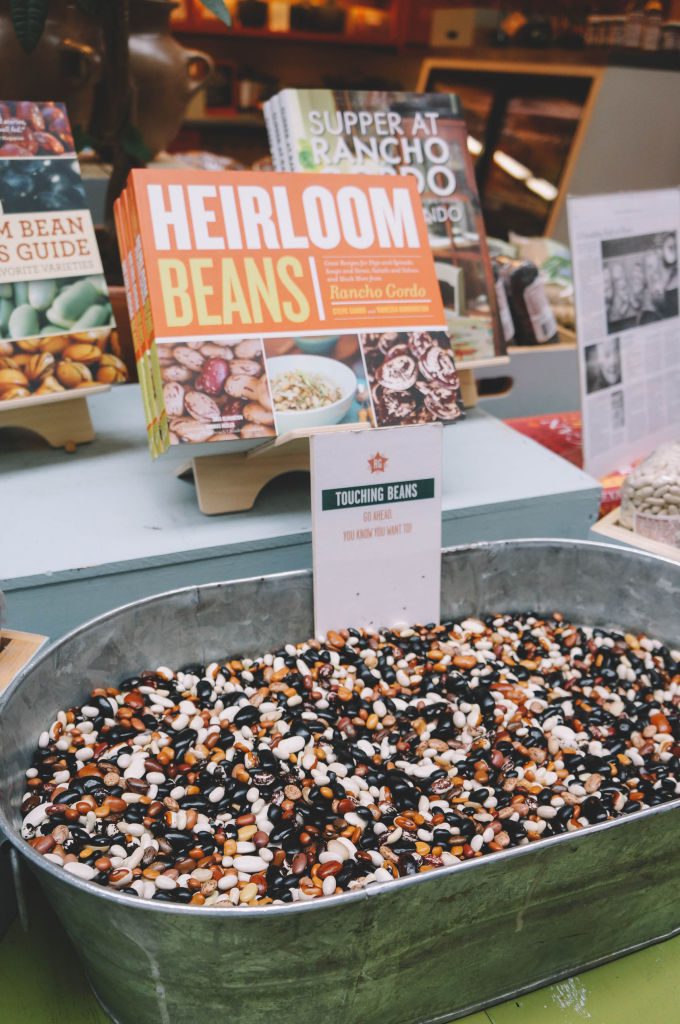 Nest – Located in the very fab Pacific Heights neighborhood, Nest is a design lover’s paradise, with darling books and Parisian themed decor, but what really caught my eye were the Moroccan tile floor mats that look like cement tile, but are actually made of vinyl! GENIUS. Similar here >

Fay Park – I stumbled upon this secret garden while wandering around one afternoon. They have two gazebos, and it just felt like the perfect spot to plop down with a good book on a warm spring day. 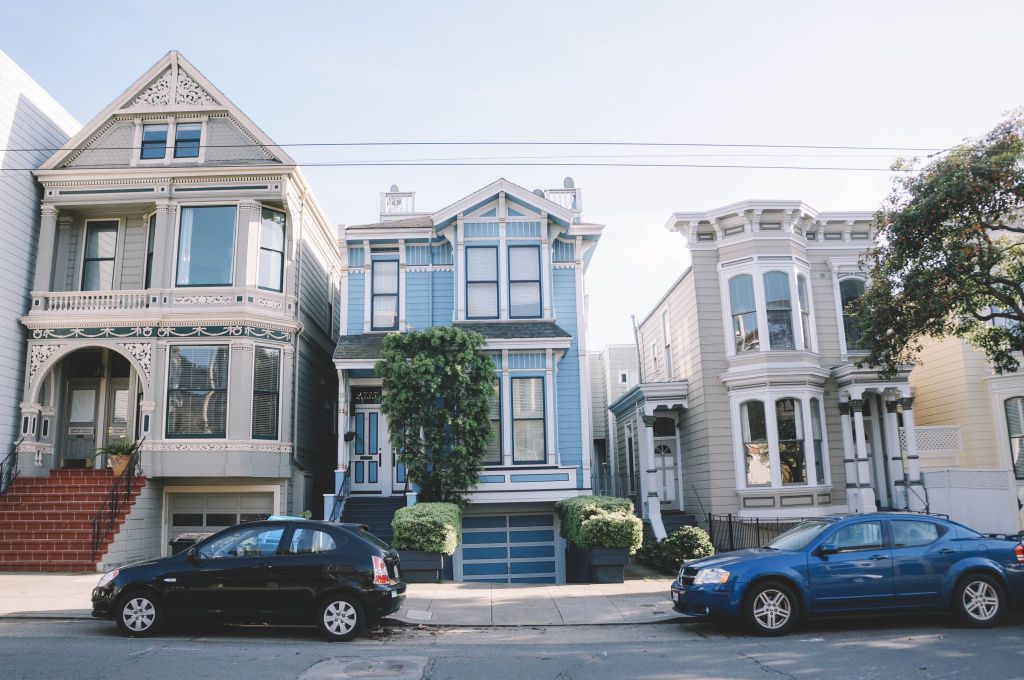 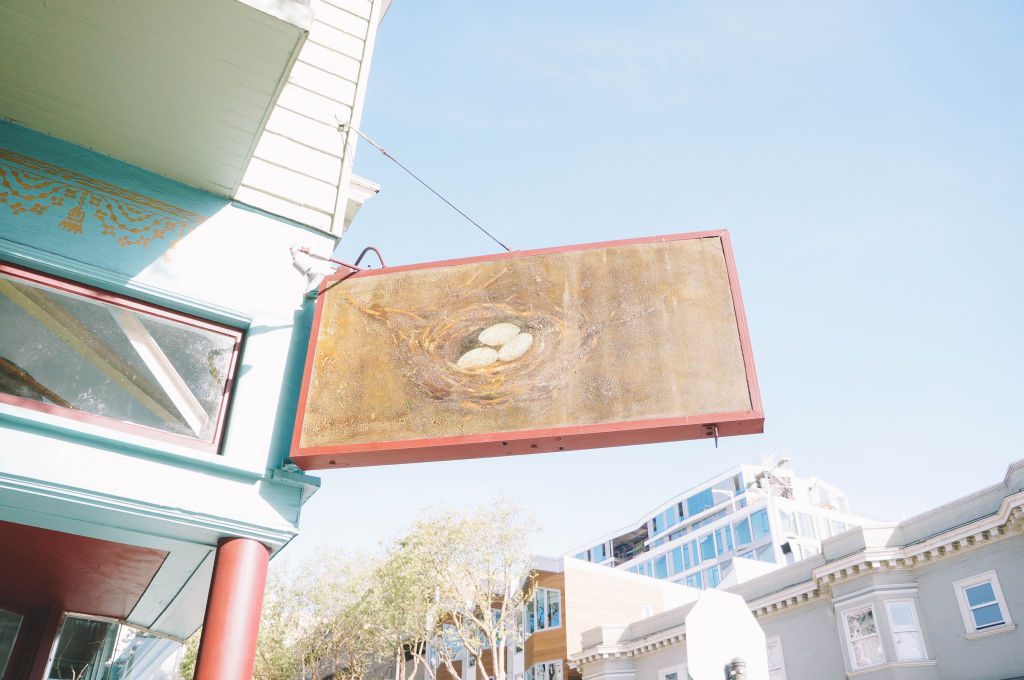 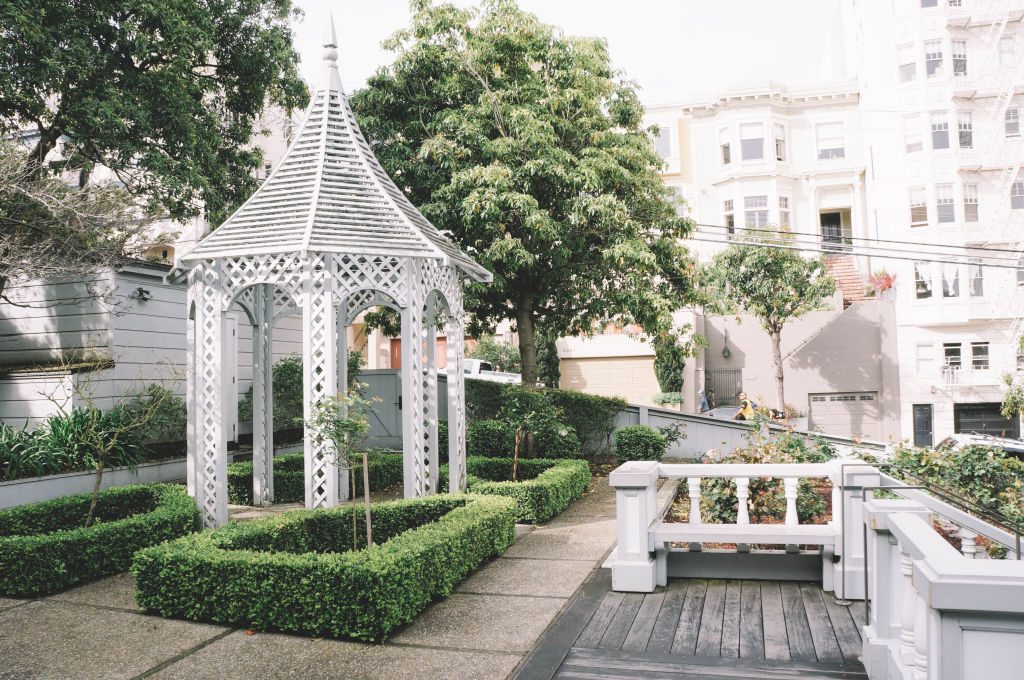 Previous The Coolest Hotel In San Francisco
Next The Laslett Hotel 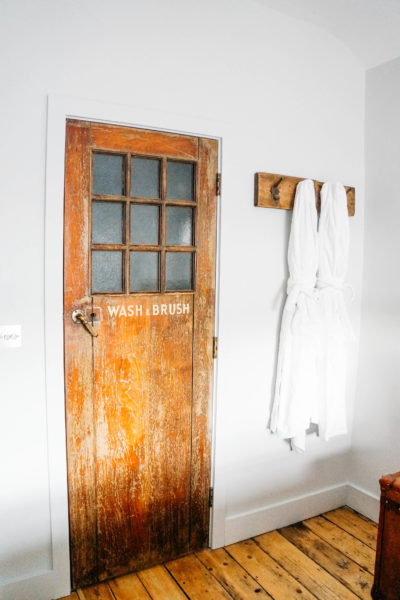 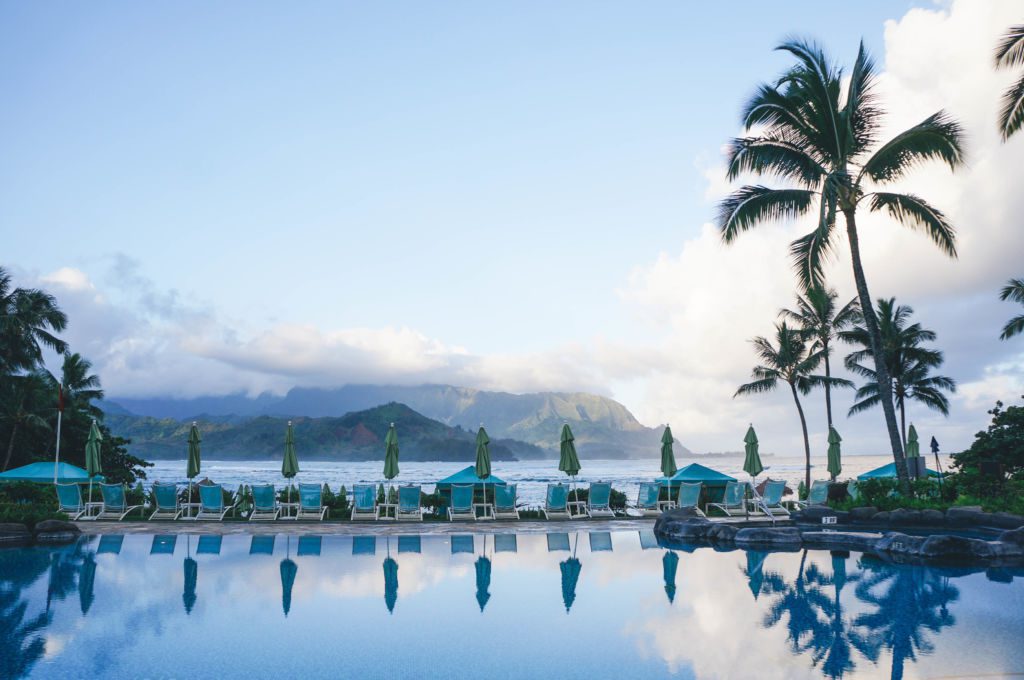 The North Shore of Kauai

5 Ways to Make Your Home Feel Like a Boutique...