It’s a pretty known fact that I’m always thinking about where my next meal is coming from, so I was in charge of feeding this wild bunch. The first night, I decided we should wing it since we were all flying in from various places, and who knew what we would feel like. We ended up at The Franklin, an awesome little gastropub that just opened in the very up and coming neighborhood of Marigny. I’ll be honest—we were a tiny bit scared, and wondered where the “up” part of that statement was, as it seemed nothing short of shady (as NOLA can definitely be).  But, the place itself had a really cool vibe and really delicious food, of which I took zero photos because we were too busy catching up to be bothered. I highly recommend for a casual night out and great food. 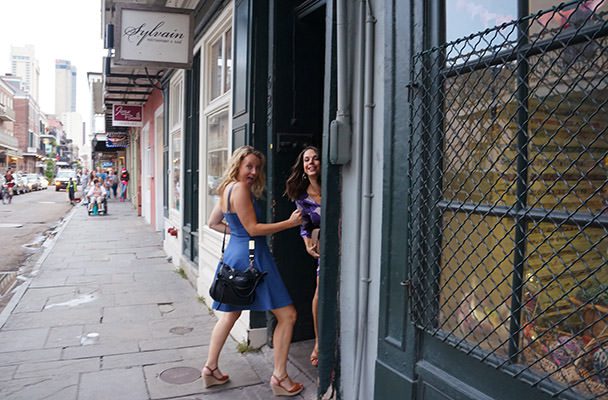 The next night, I had made reservations at Sylvain, which popped up all over my restaurant research as one of the best in town. It’s located right in the French Quarter and is such a cozy, romantic little spot with killer cocktails (see below) and an elevated take on Southern classics. 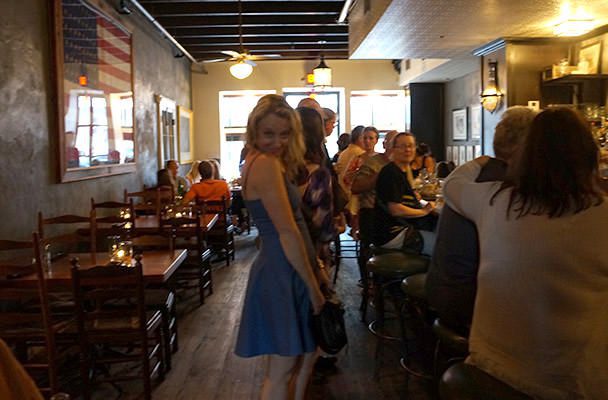 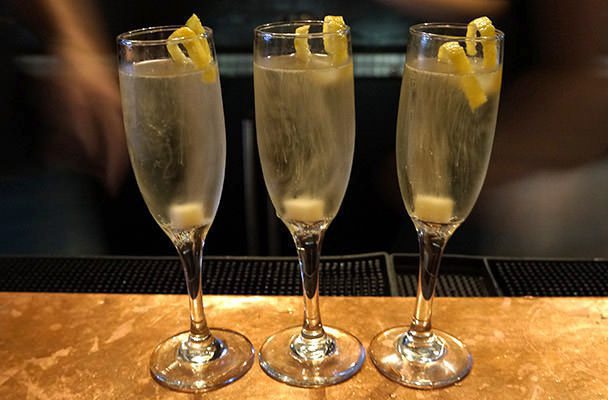 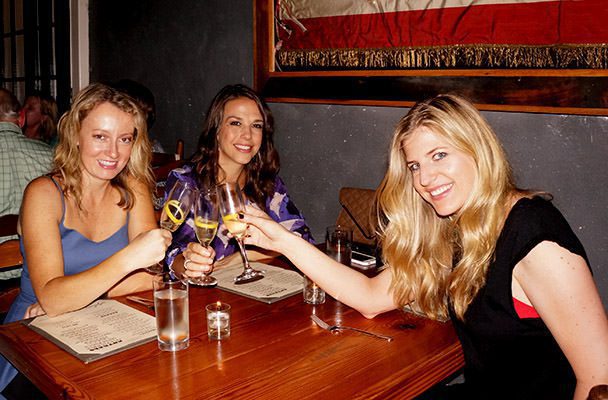 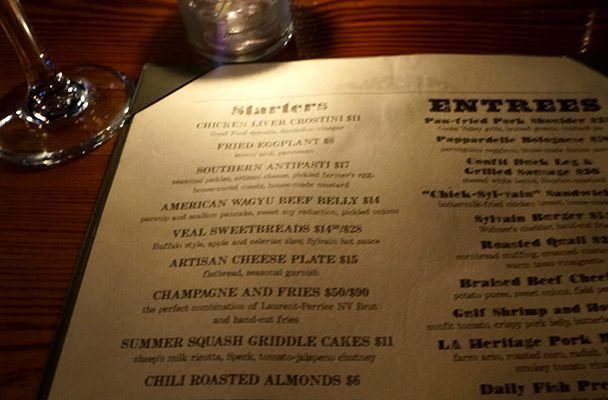 Champagne & Fries!? What a perfect dish! 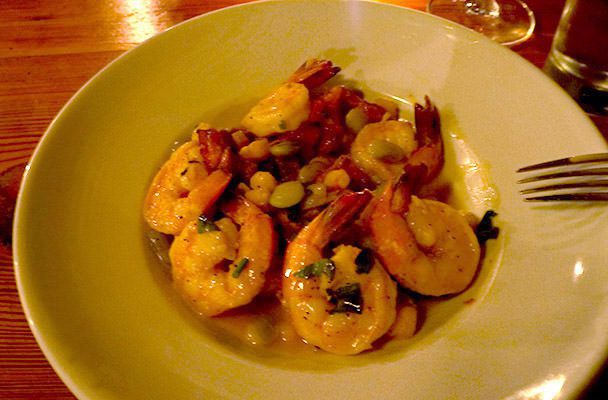 But, I was much too hungry for that. Instead, I went for the Gulf Shrimp & Hominy with pork belly and butter beans. It was so much more manageable than the very rich and creamy shrimp and grits usually served in the south. Loved it! 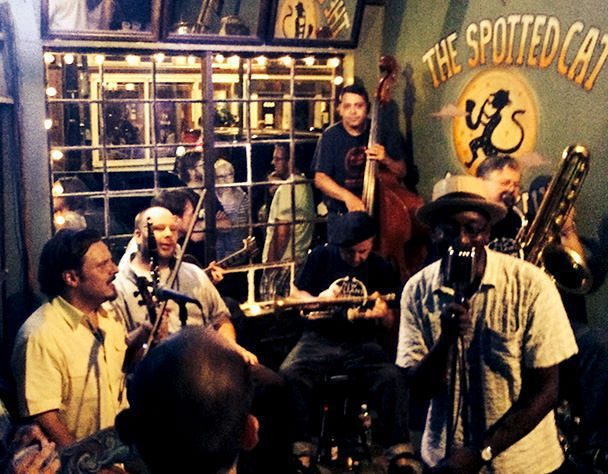 After dinner, we went in search of a little jazz and stumbled upon The Spotted Cat, where we sipped vodka tonics to an amazing rendition of the Georgia Grind. We fell into bed well past the witching hour, ready to do it all again the next night! 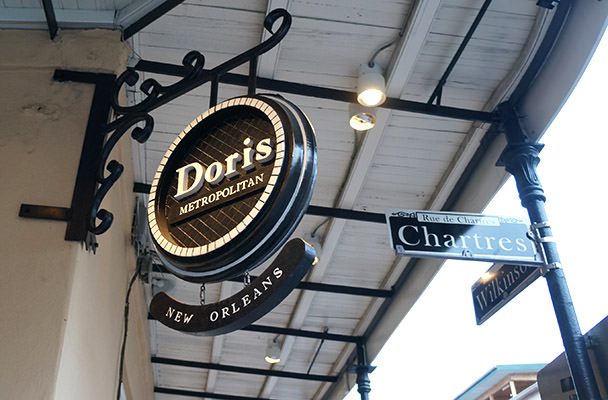 Out of all we planned, I was most excited for dinner Saturday night. My friend Jennifer, having just returned from New Orleans, sent an encrypted text the week before my trip—’Call Doris, Ask for Buck.’ So, I did just that. Buck happened to be the sommelier at the very hot Doris Metropolitan, and though they were slammed that night, he made sure we had a great table. 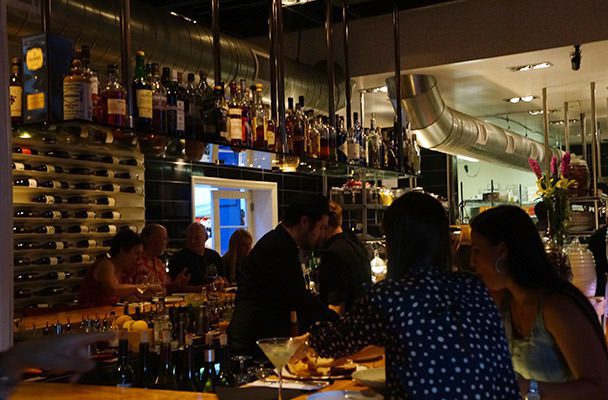 We loved the ambiance…a well-designed, sophisticated kind of joint. 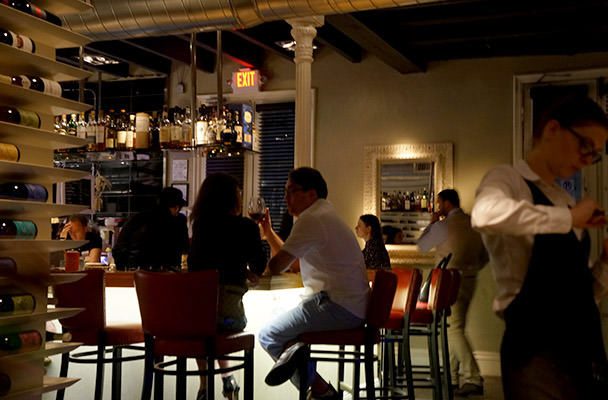 It was also booming, though thankfully not too loud (pet peeve). 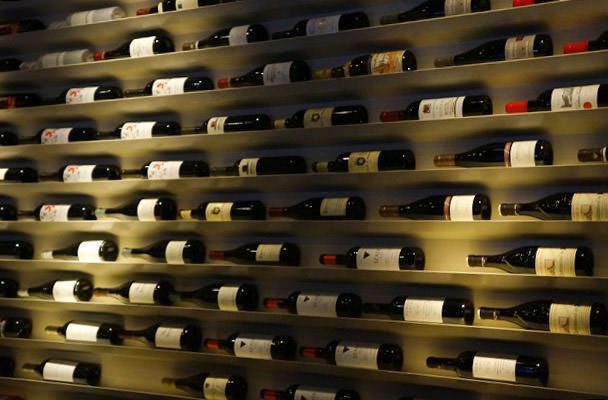 99 bottles of wine on the wall… 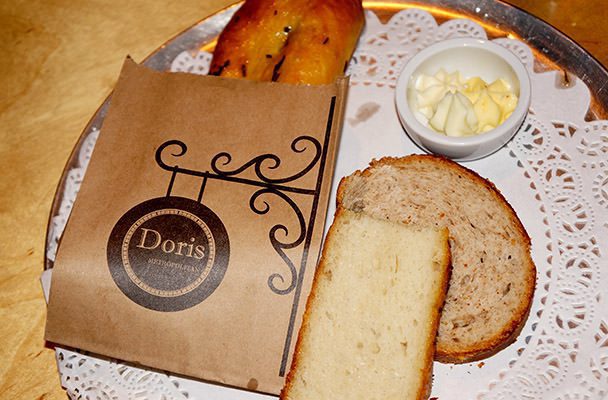 Such a detailed & scrumptious touch—warm bread it its own little logoed pouch. 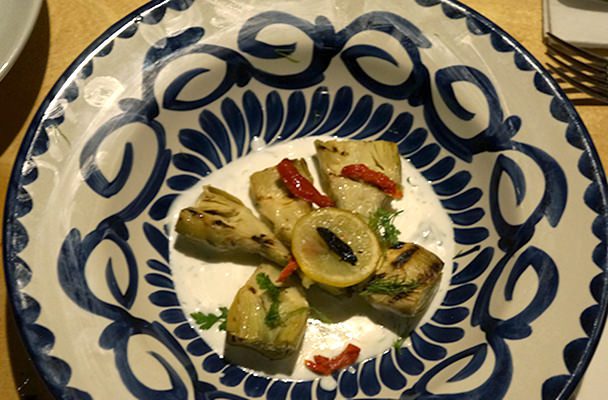 I’ve become a huge fan of Mediterranean food, largely from my discovery of chef Ottolenghi—you know my obsession. Do yourself a favor and buy his cookbook Plenty. But, I digress. Doris Metropolitan first opened in Israel and many of the appetizers have a big Mediterranean influence. The Artichoke Flower Salad with housemade tzatziki, sun-dried tomatoes & black garlic was our favorite, along with the Baladi Eggplant with tahini paste, tomato concasse & pine nuts. The dishes here are bursting with flavor and take you on a journey to a faraway land. 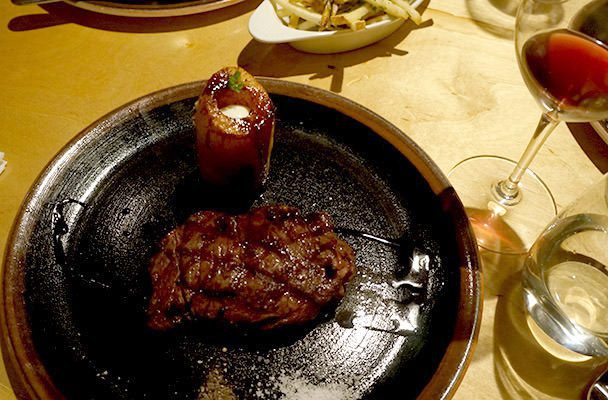 For the pièce de résistance, the steaks, the STEAKS! Christine & I ordered the “Classified Cut,” meaning the cut is the chef’s secret, but whatever it was, and wherever it came from, we all agreed, they were the best steaks of our lives. I never expected to go to New Orleans for the steak, but honestly, I’d fly back just to have this meal again. And so should you.

Just tell Buck I sent ya.