When I compared Rome to Hollywood, I wasn’t including one very fine evening spent at Hotel Eden. This particular night also happened to be my husband’s birthday, and in lieu of gifts, he asked for a “fun” dinner, which in retrospect I’m guessing must have meant anywhere we could share a bottle of wine (he’s easy to please). Oh, and he still got gifts (so spoiled). 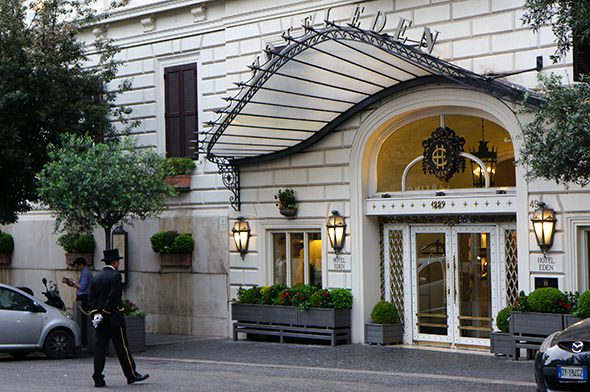 But, just anywhere won’t do on such occasions as birthdays. And fun to me meant dining a top one of the Eternal City’s finest hotels… 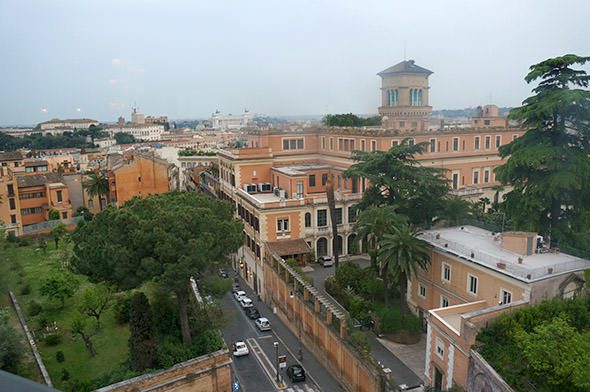 The panoramic views from Hotel Eden’s rooftop restaurant La Terrazza dell’Eden were so jaw dropping we could hardly believe we were fighting crowds of tourists down below just hours before. 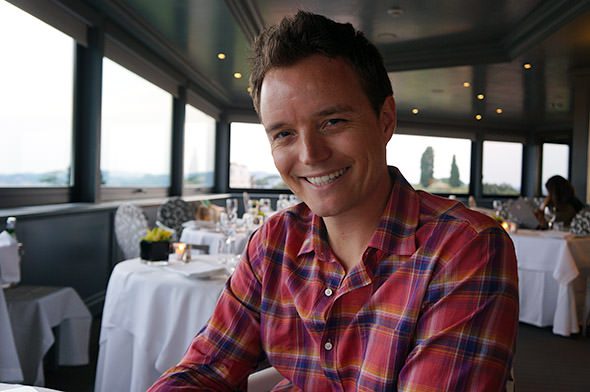 See all those windows behind the birthday boy…the view extends all the way around into the bar. So, if you are traveling on a budget (who isn’t?), you should absolutely make time for a cocktail at sunset. 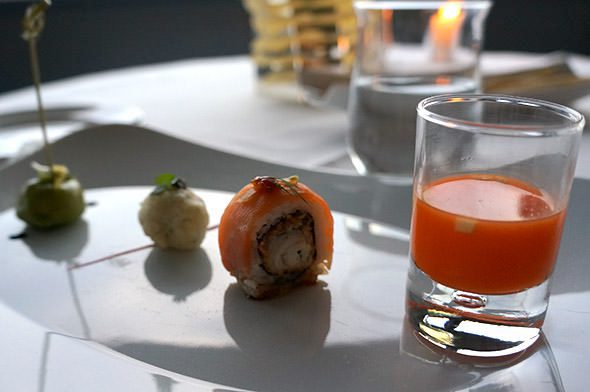 I, however, believing I was George Clooney for a mere moment (he’s rumored to be a frequent guest), requested the tasting menu when I made our reservations. So with grand fanfare, the courses started coming. 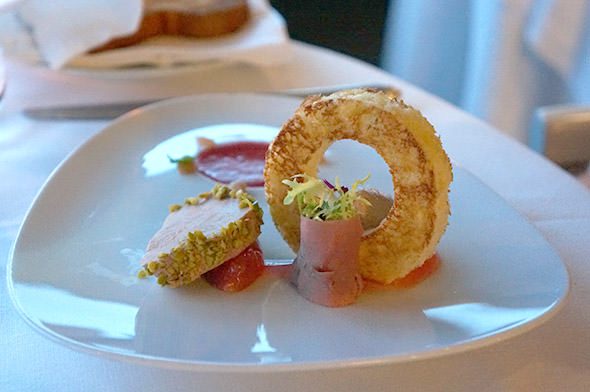 One by one they arrived. The stand outs were the foie gras symphony with rhubarb chutney and Sauternes wine (above) and the sliced marinated scallops with mango and passion fruit vinaigrette, celery sorbet, and Kaluga caviar “Longino Cardinal” in the previous photo. 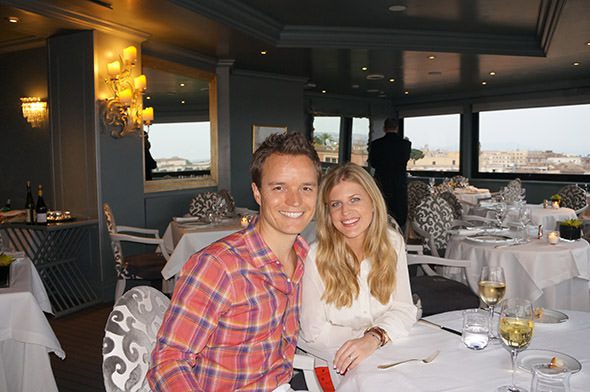 There was also a pasta course, a fish course, followed by duck confit…you get the idea. But, this photo was before. Just envision us passed out on the table as the after. 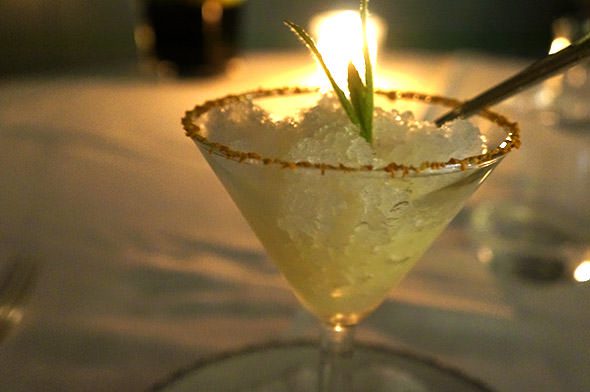 After five rich courses, we were relieved for this palette cleanser..a duet of sherbet ice, Tanqueray Ten gin and lemon from the Amalfi Coast. 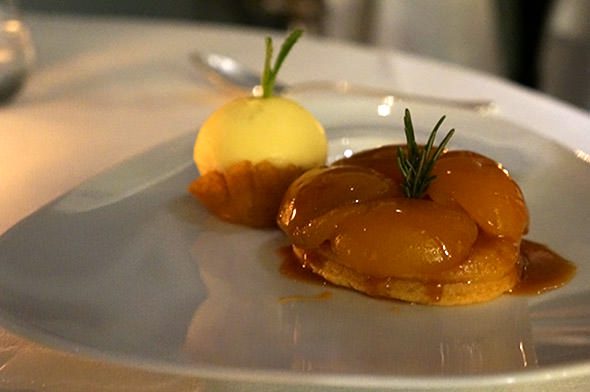 Usually a chocolate lover, the eucalyptus ice cream was maybe the best dessert (at least of the cold variety) I have ever had, paired with an apricot and rosemary tartin and caramel sauce. And then we had coffee and petit fours, but I was so exhausted, I couldn’t even pick up the camera for a photo. 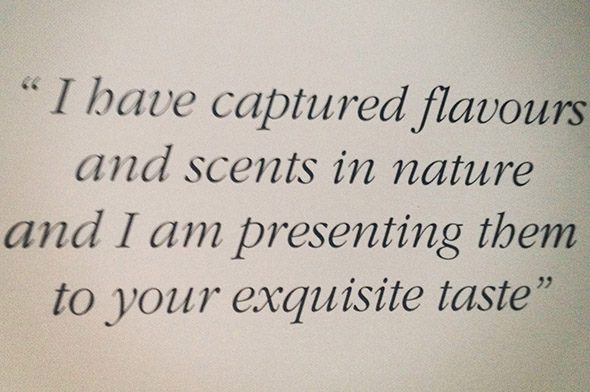 I loved this quote from the menu. Just know exquisite taste doesn’t come cheap. When the bill arrived, my husband and I debated a dine and dash, but it seemed in poor taste at such a classy place. To make up for it, I haven’t eaten a thing since returning to the states. Let me know if you fancy taking me to dinner. I’m available…