This week, the Michelin Guide released their New York rankings and apparently a few LA chefs feel shunned that we were taken off the map in 2009. LA Weekly asks, “Do We Really Want the Michelin Guide Back in Los Angeles?,” referencing a genius article in Vanity Fair by A.A. Gill. It definitely gave me something to ponder. Does being Michelin rated really make you the best? So, I did some very scientific research and decided to see how many Michelin stars I have racked up as a diner (way less than I thought, humpf) and if I think they deserve to be in the very exclusive club. Make no mistake, Michelin stars aren’t just clumsily tossed about. Any restaurant given the honor is obviously doing something right. But, as someone who has no other credentials than dining out a lot, I find it interesting to see if my experience and expectations match up with the only one that apparently matters. What do you think? Is the Michelin rating the end all be all or just a bunch of bologna?

Coi-Two Stars (San Francisco) – This is still hands down the best dining experience I have ever had. The food was playful, but delicious, the atmosphere sophisticated, but not stuffy and I’m still dreaming about this inverted cherry tomato tart. One of the very few places where the artistry of the plate is only second to the flavor of the dish. Having never dined in a three star rated restaurant, I have to ask, what the heck does it take to get that final star? 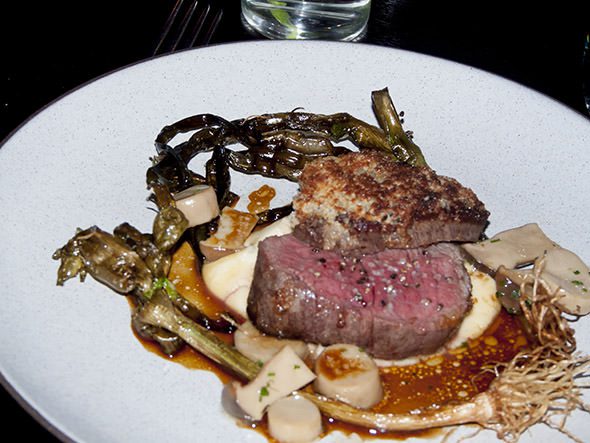 The NoMad-One Star (New York)- I loved everything about the NoMad. Except for the portions. Though the dinner and cocktails divine, the portions were laughable. I left feeling a tad hungry despite the very high tab. But, maybe that doesn’t matter in a town where coffee and a cigarette is considered a meal? 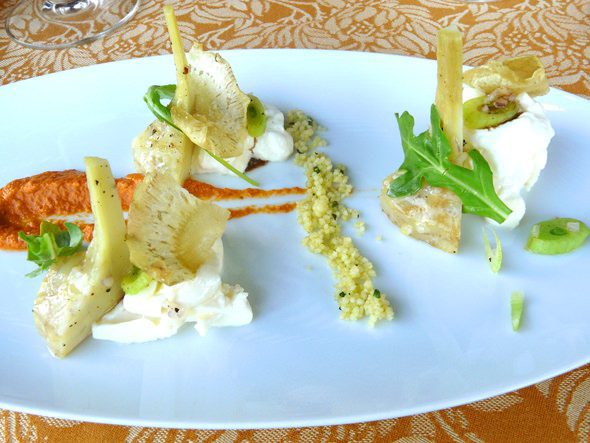 Auberge du Soleil One Star (Napa)- I’m not saying this isn’t worthy—it’s romantic (views are to DIE), the plates meticulous. It has all the check marks for a gold star. So, why did I enjoy my dinner at Bottega so much more? One of life’s mysteries I suppose. 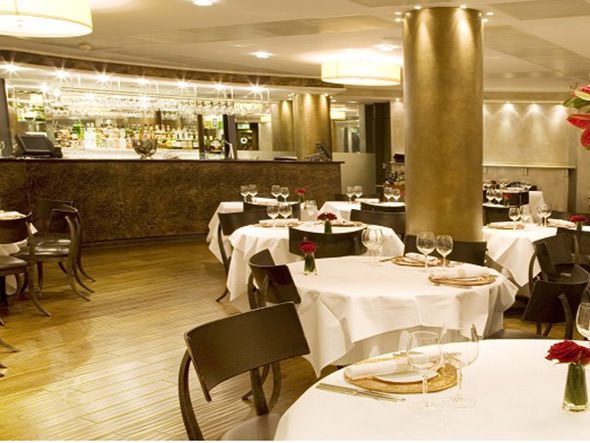 Tamarind-One Star (London)I was a little underwhelmed here. The food was totally fine. The service was attentive. It is situated in uber posh Mayfair. I just happened to fall in love with Star of India in South Kensington, so I’m not sure why one gets a star and the other does not. 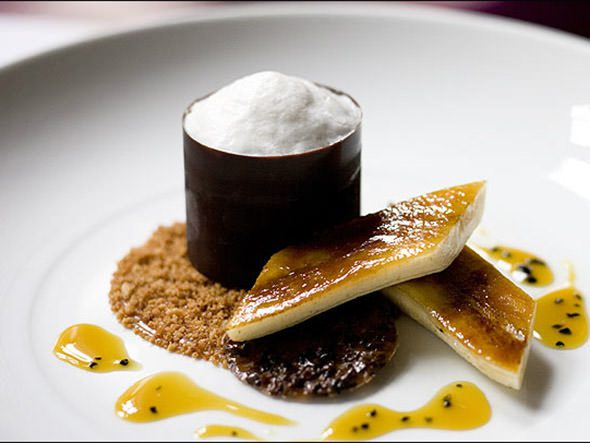 Gordon Ramsay at Claridges -One Star in 2008 (London) – It has since lost it’s rating, but I felt that I had to include it because when we ate there in 2008, it was exceptional and totally worthy. We went for lunch and I have never had a lunch so fancy or so perfect in every single way . We were treated like royalty and the entire experience was completely flawless. Currently, his restaurant in Chelsea boasts three for 2012. I’m excited to try his newly opened The Fat Cow at the Grove. Has anyone been? 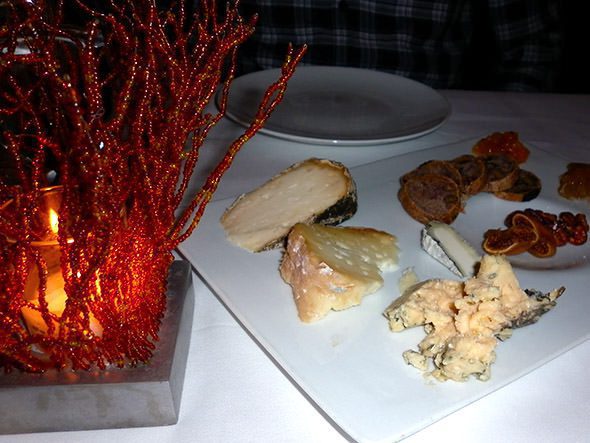 Providence -Two Stars 2009 (Los Angeles)- I was exhausted when I left this meal.  The nine courses was a LOT of very complicated food. But, it definitely deserves to be on the list. It’s one of the poshest restaurants in LA and the cheese cart is in a league of it’s own. 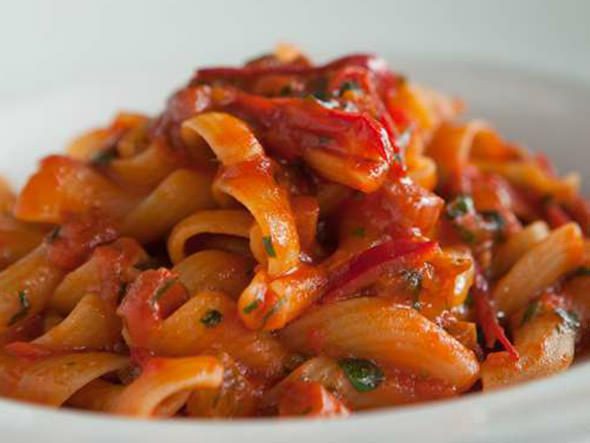 Osteria Mozza-One Star 2009 (Los Angeles)-I’m not afraid to admit I prefer the more casual Pizzeria Mozza for many reasons (and by prefer, let it be said that Pizzeria Mozza is one of my favorite places in LA). The two times I’ve eaten at the Osteria, I leave feeling like I wish I could have my $200 back. But, I do have friends who disagree, so perhaps I’m just not ordering the right thing. Which makes me give a little eyebrow raise to the star rating. 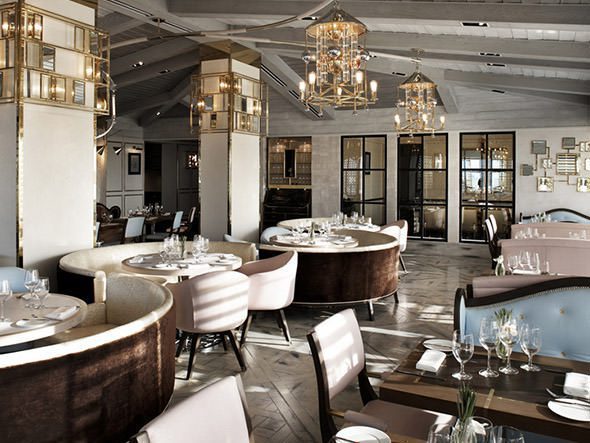 Gordon Ramsay-One Star 2009 (Los Angeles) – I’ll admit, I haven’t been here for dinner in a while, but it was never a place that ever wowed me when it came to the food or service. It’s a really fun place to grab a cocktail and the ambiance is lovely, but it just falls short of Chef Ramsay’s usual standard of excellence. 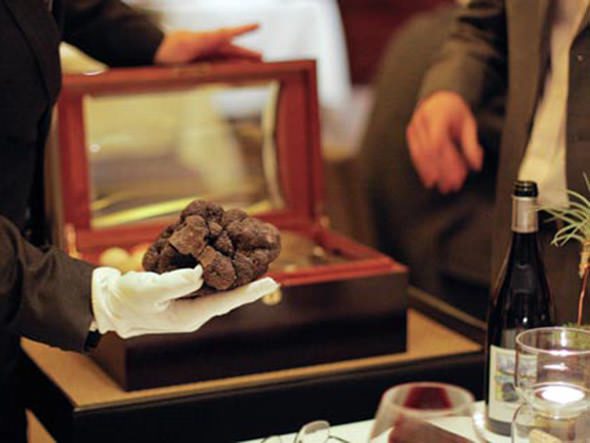 Patina-One Star 2009 (Los Angeles)The photo of above is of truffles being presented for their Black Truffle Dinner, which I’ve never done, but think that alone is at least worthy of one star. Unfortunately, I didn’t have a great experience when I dined here a few years ago, but I blame our waiter.  It’s a beautiful space located in the Disney Concert Hall, and I’m just going to leave it at that.

If Michelin decides to put LA back on the map, what should make the cut? Let me know what you think in the comments.

*I decided to leave off Spago because it just reopened and I’m going in two weeks. I’ll be sure to give the full report.

3 thoughts on “Does Michelin Make it Better?”