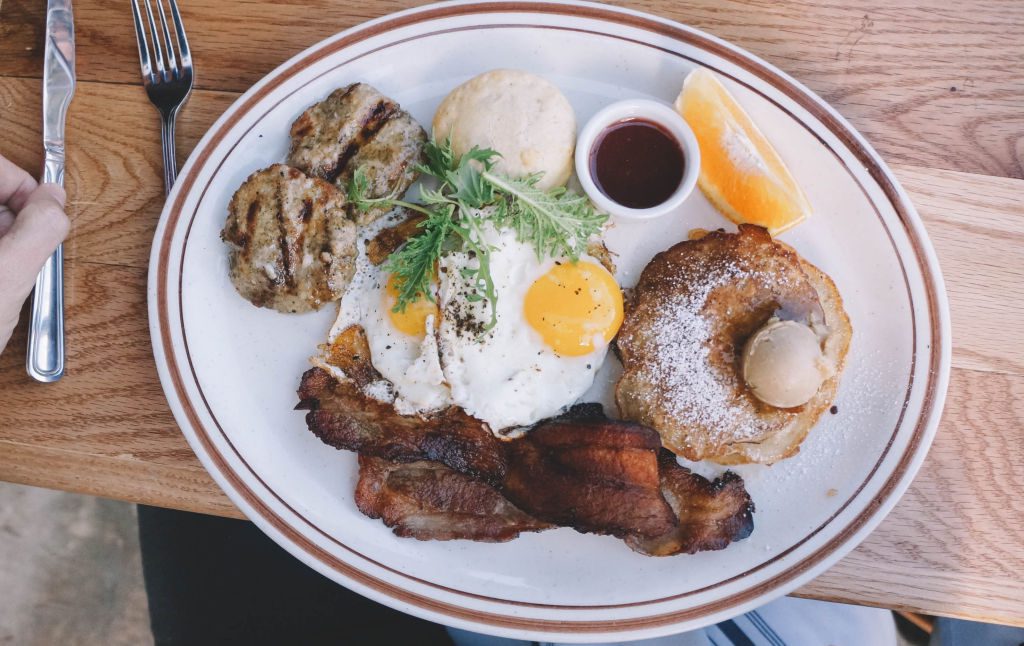 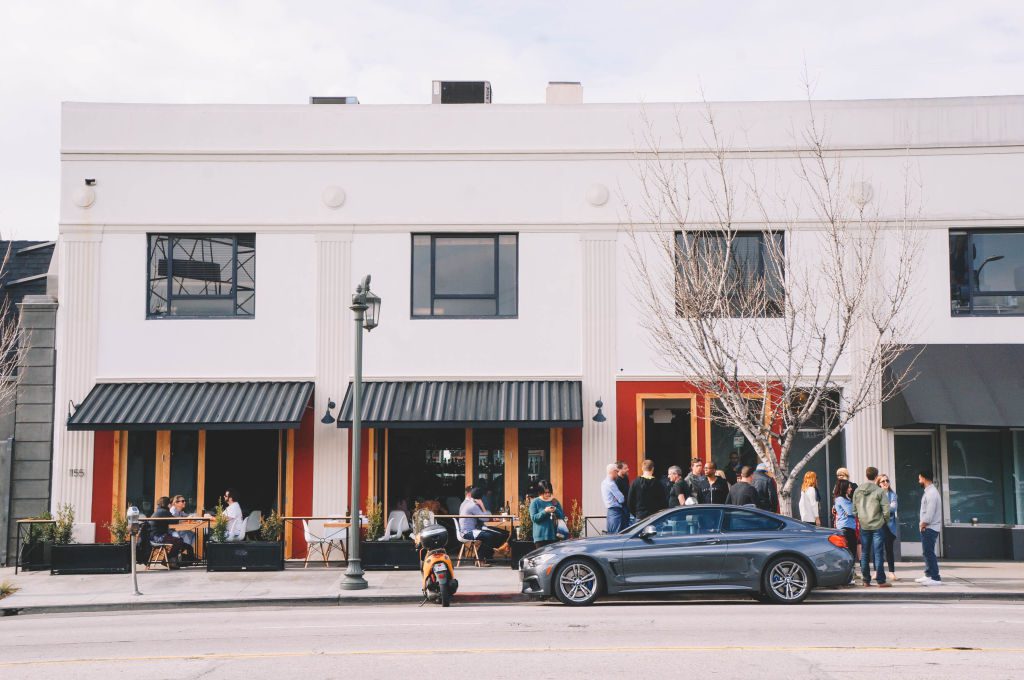 Our friend Jeff decided to form an unofficial brunch club last weekend with a few of our friends. So far, we’re two Sundays for two at Salt’s Cure, which just reopened in a much larger space on Highland. As you can see, it’s the hot new brunch place…with a line out the door when they open at 10:00a.m.!

We also had two celeb sightings, but I won’t name names—although one may have starred in “Scrubs.” Maybe. 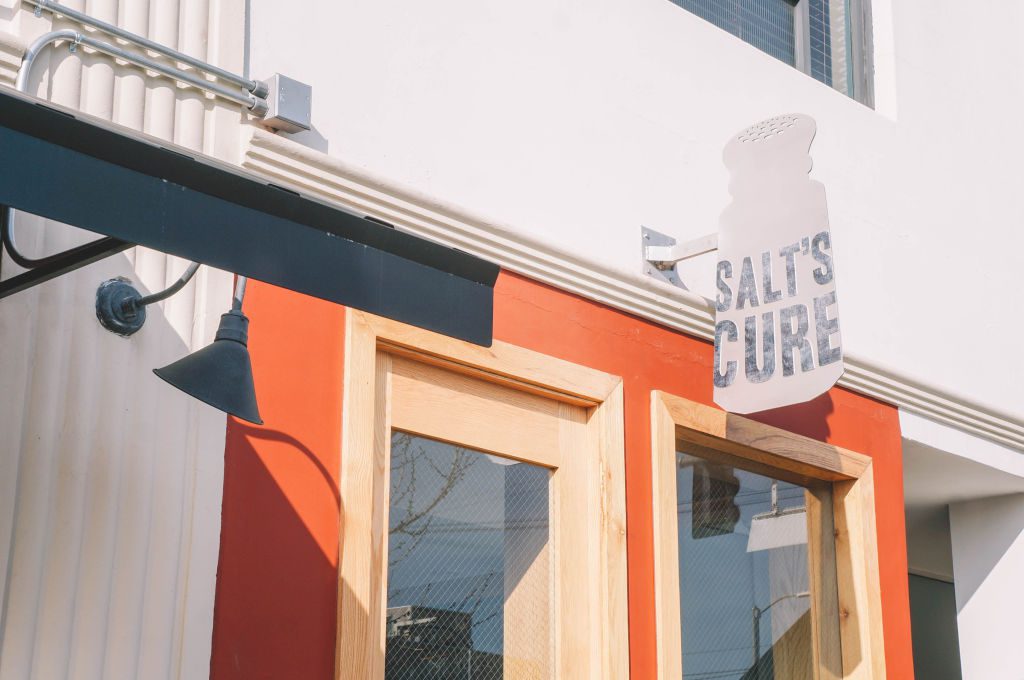 Salt’s Cure has been around for quite a few years, but the last space was so tiny, we never had the patience to fight for a table. 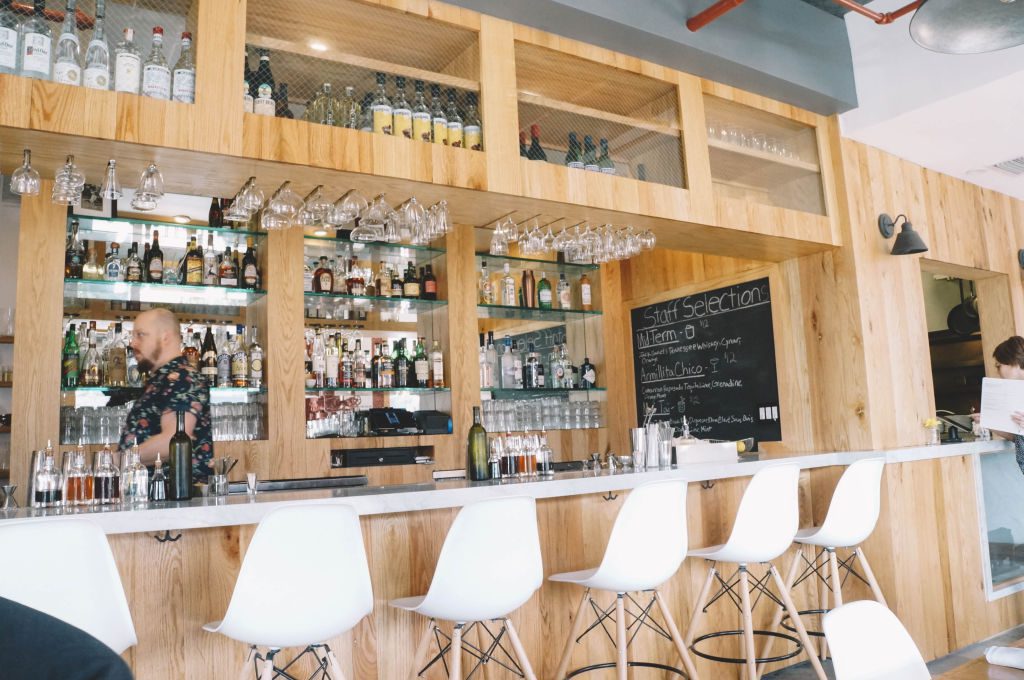 It seems they are still trying to manage the crowds, though. We had two very different experiences. The first time, our awesome waiter bent over backwards to make sure we were taken care of, even with a long wait. We couldn’t wait to go back the next week. But, it’s hard to recreate an experience and the second time we weren’t so lucky. From the moment we sat down, our server tried to upsell us on everything on the menu, and when our food still hadn’t arrived after an hour, rather than apologizing and trying to fix the problem, she argued with us that the restaurant was just really busy. Not exactly the way to get repeat customers. Service is everything and it’s pretty clear that they could use some improvement. 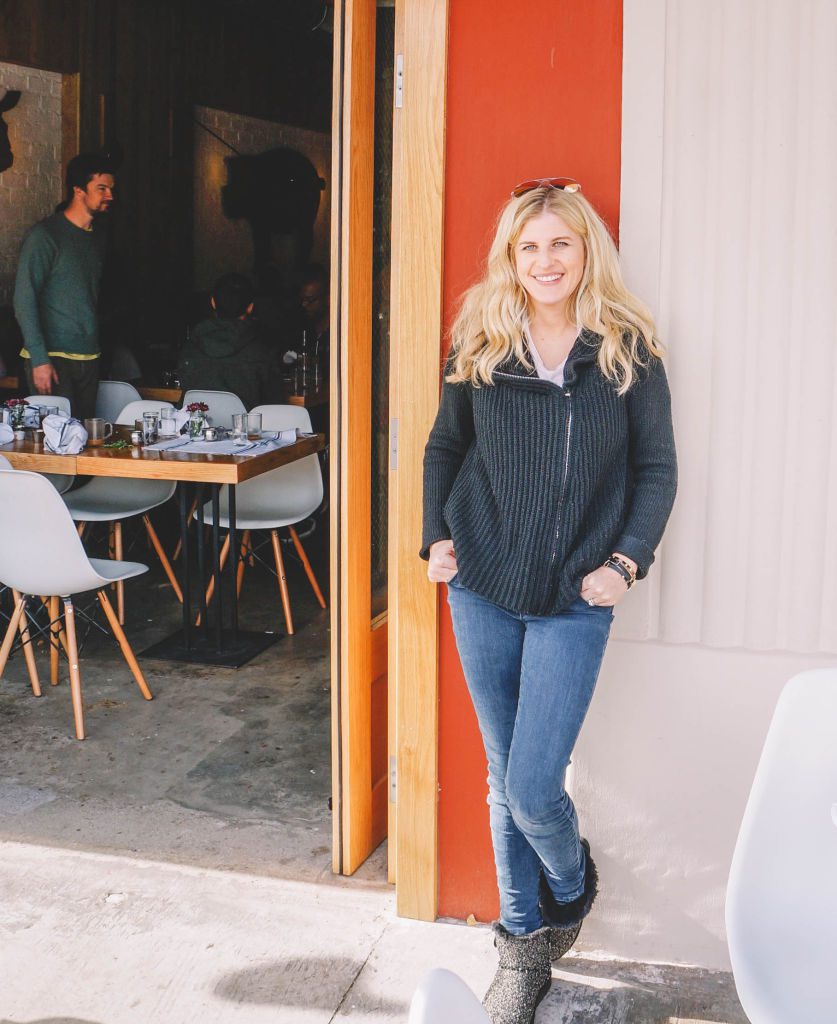 That said, the food is amazing. It’s Southern Comfort at its best, so I am totally in my element. The big secret is the All Star breakfast (photo in opening image) that isn’t even on the menu (don’t you love insider secrets?!), that gives you a little taste of everything. Two sunny-side-up eggs, a biscuit, a small stack of pancakes covered in cinnamon butter, house-made sausage, AND bacon. 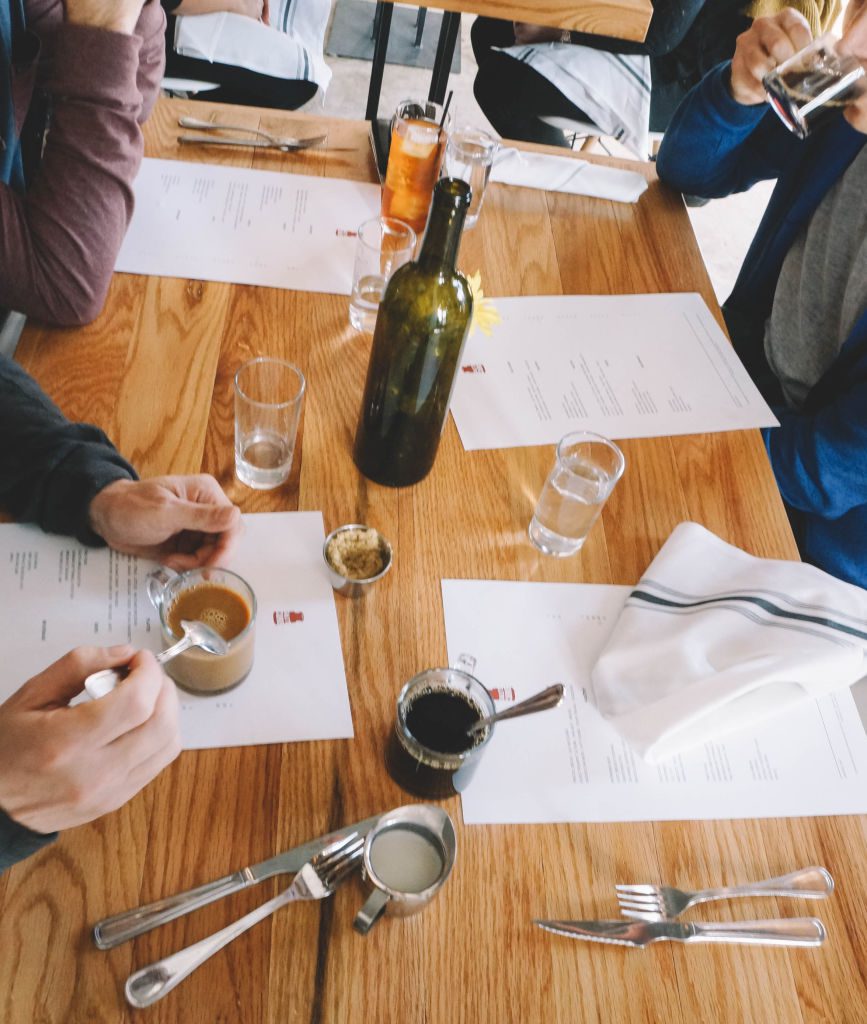 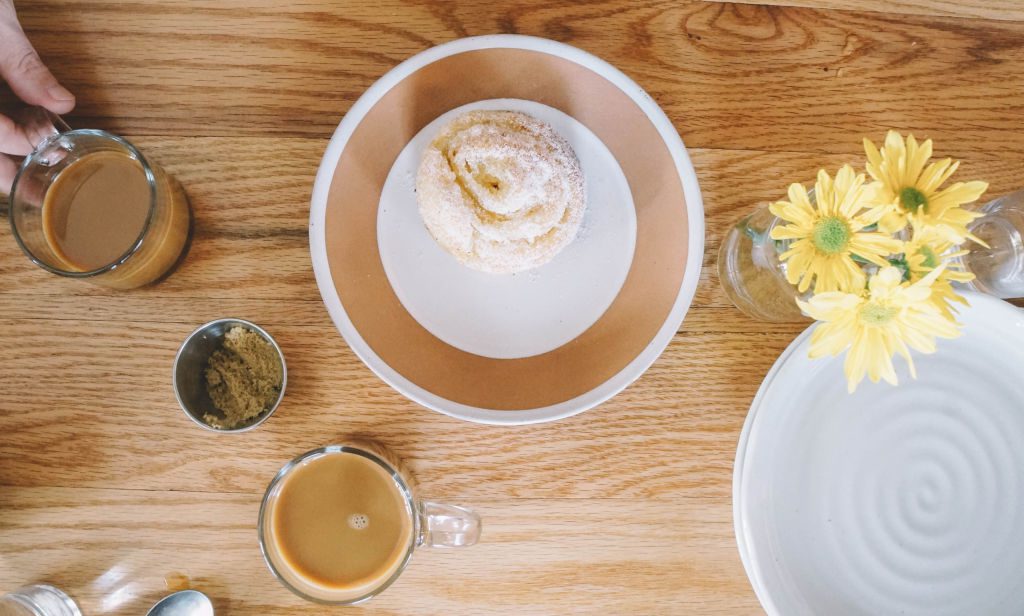 We were talked into a homemade morning bun, with a hint of orange, and it didn’t disappoint. 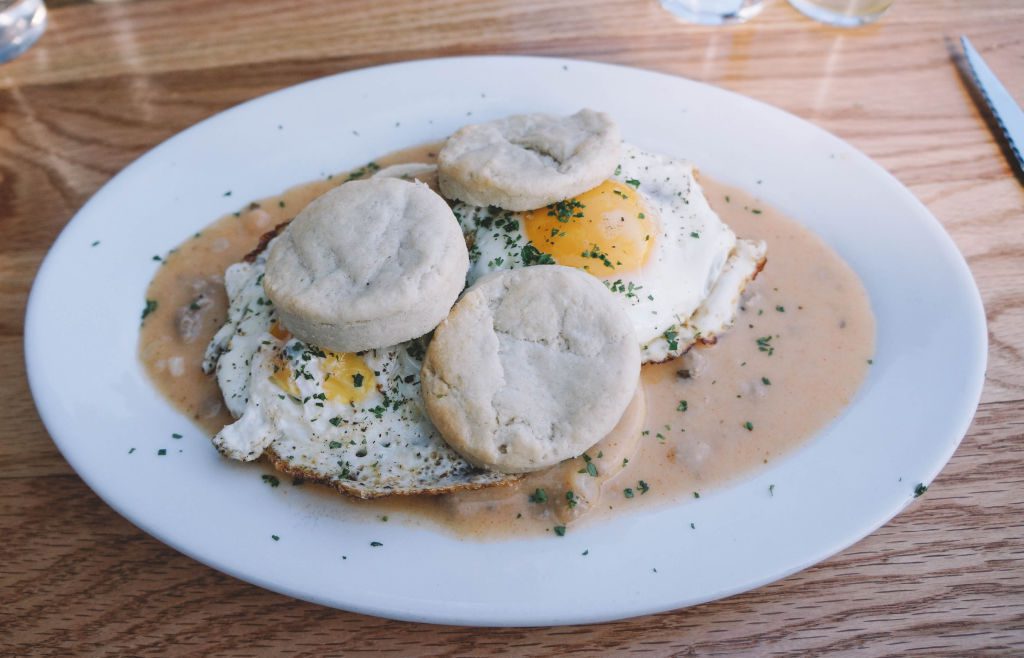 The first time, I ordered the biscuits and gravy (because duh), but I was envious of the pancakes so, the next time I, too, ordered the All Star. 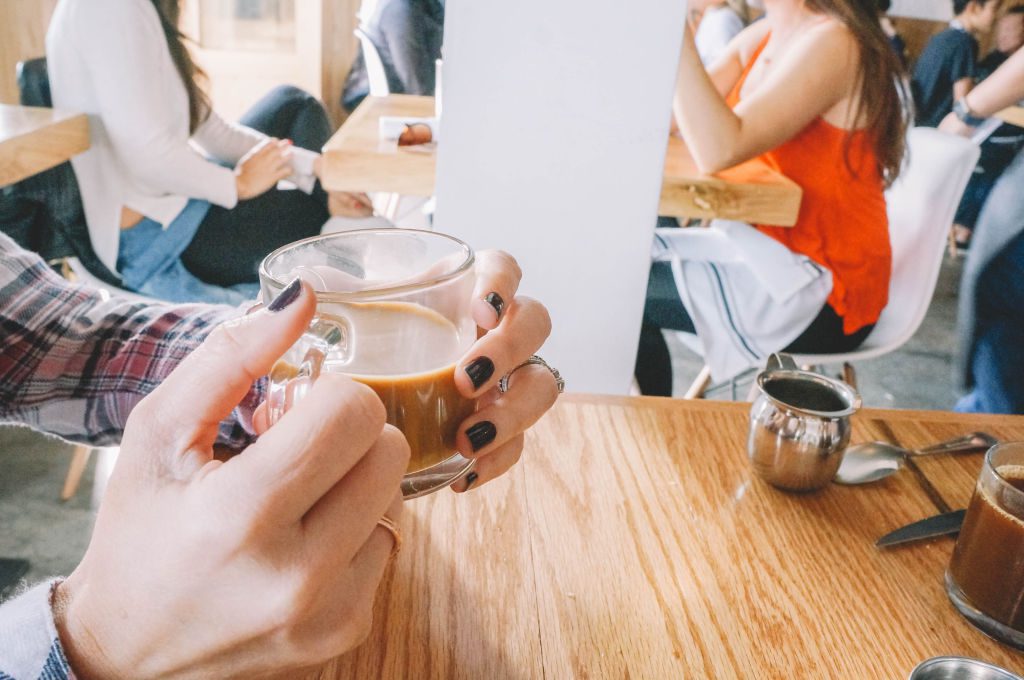 I would tell you that the next day I went on a juice cleanse, but let’s get serious. Is it Sunday yet??

Previous All Decked Out
Next Be Mine, Clementine 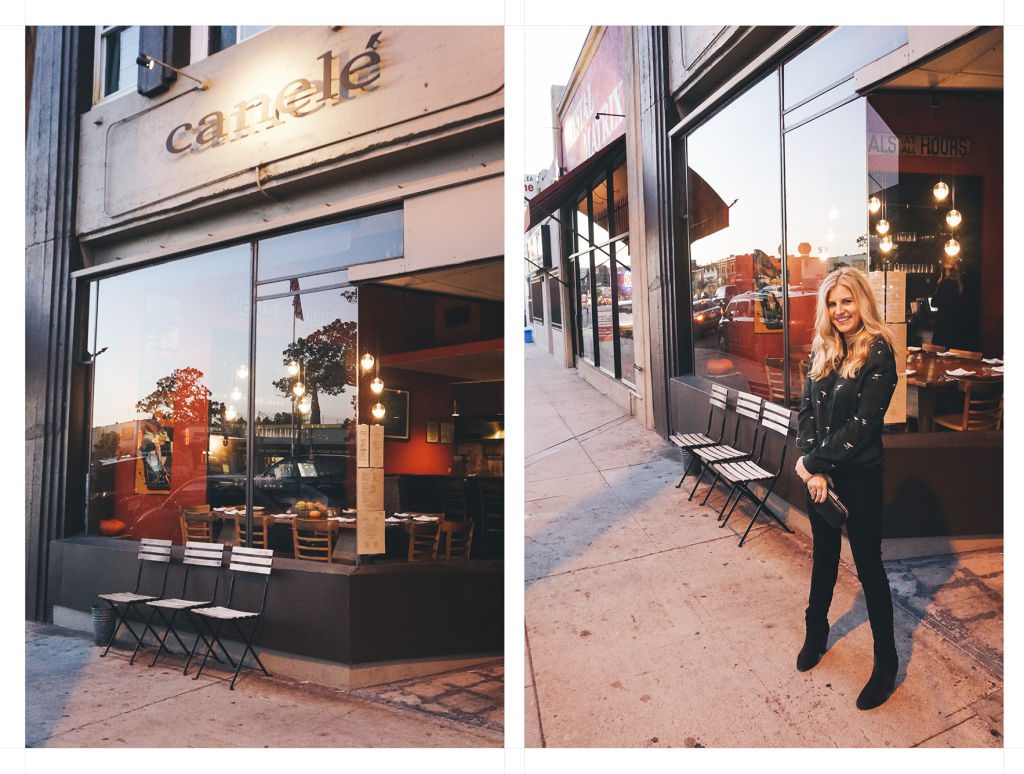 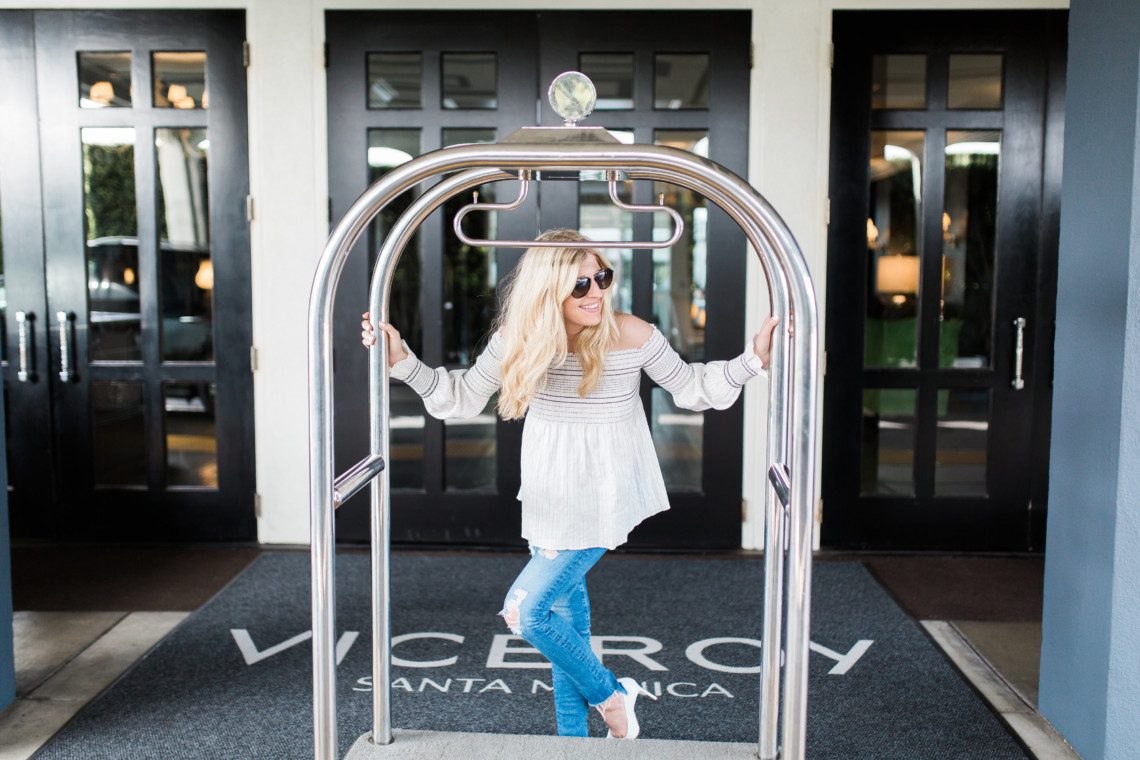 The American Riviera (I could get used to this, bu

Raising a glass to one of my favorite people getti