Boating on the Isle of Capri 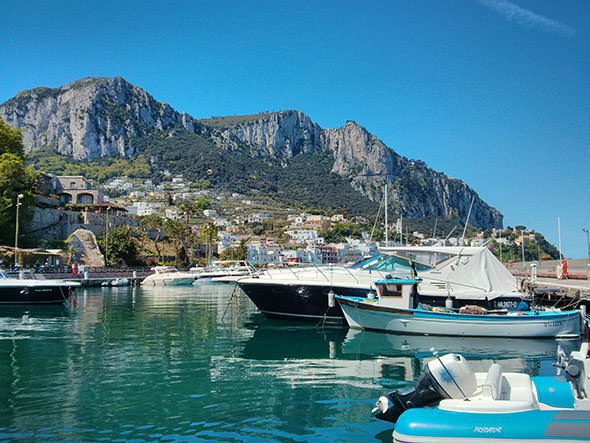 It was day two in Sorrento, and deciding early on to swap planning for adventures and happenstance like some worldly bon vivants, we caught the ferry over to the Isle of Capri with nothing but sunglasses and wide eyed anticipation of delicious food and of course, the Blue Grotto.

Upon arrival, wanting to escape the tourist madness, we splurged on a private boat tour with Relax Boats, where the two of us (and one guide) set sail like something out of The Odyssey… 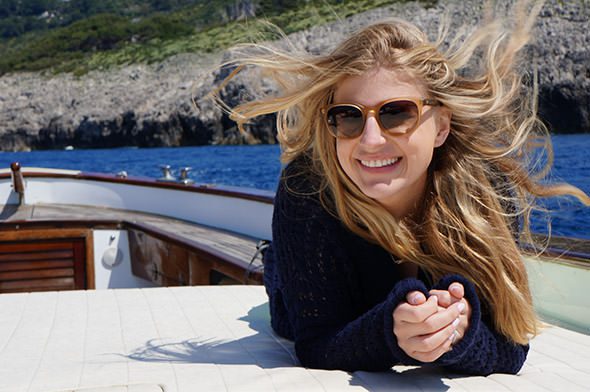 The setting was so spectacular, I was certain we were on a movie set…perhaps “The Talented Mr. Ripley”…even Tu Vuò Fà L’Americano could be heard everywhere from the time we arrived in Naples. So, I pretended to be Gwyneth Paltrow on a boat with my Jude Law (minus the whole sick Matt Damon character). 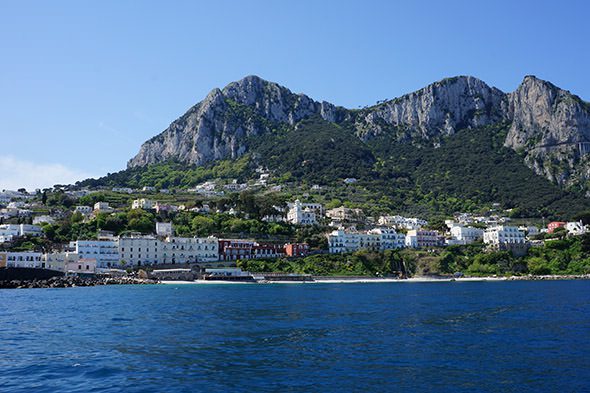 There’s no better way to experience the incredible cliffs and luminous blue water than from a boat. 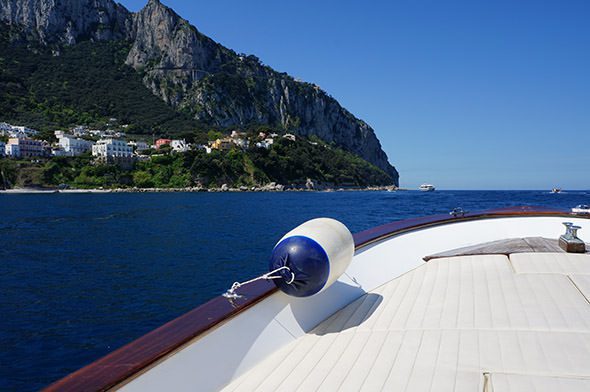 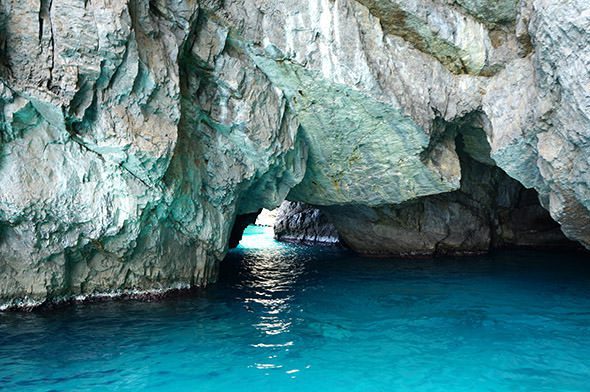 We floated in secluded inlets… 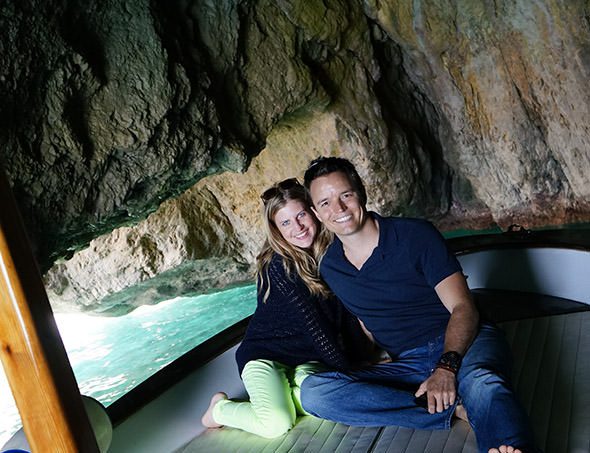 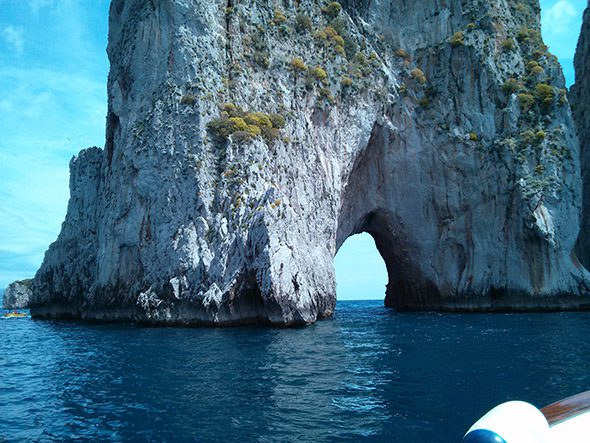 We sailed through arches, specifically Lovers Arch, where you kiss to ensure eternal love… 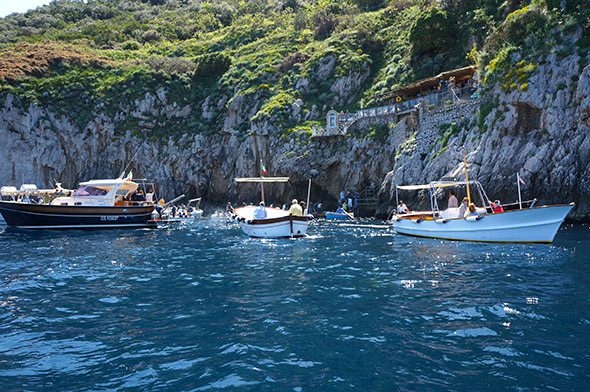 And we sailed on…past the entrance of the Blue Grotto and decided against waiting thirty minutes and spending an additional 25€ to take a tiny boat inside. We were already experiencing magical blue water inside the caves, so for us, that was enough and way less touristy. 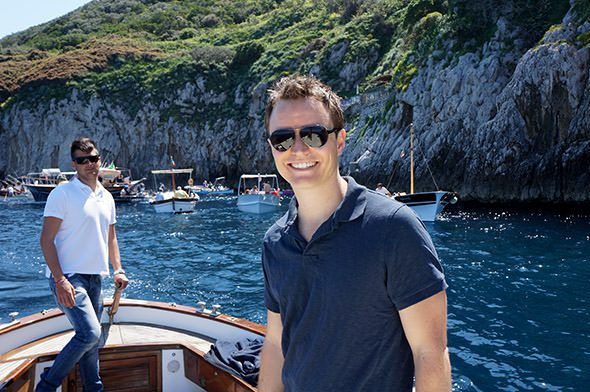 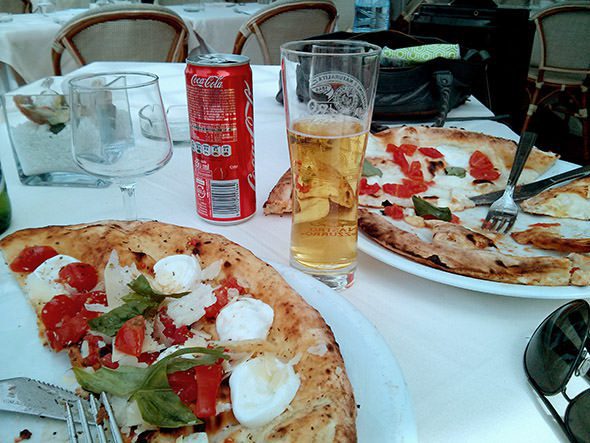 When our boat tour came to an end, our guide recommended we fill our starving tummies with Neapolitan pizza at Risotroante L’Approdo Via Fortino. We were slightly skeptical since it was located right at the Marina in the most touristy part of town, but it was maybe the best pizza I have ever eaten in my life. And my husband and I argued over whose was better…luckily we each loved our own. 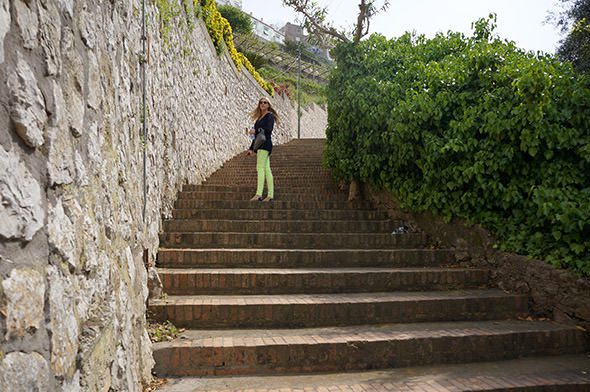 After lunch, I turned my data roaming on long enough to look up Giada De Laurentiis’ picks for Capri and of course the best gelato was located at the very top. So, we started to hike. Up. Up. Up. 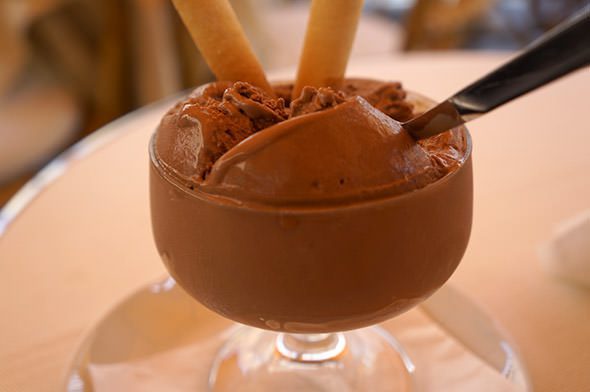 Her recommendation was closed (sad face), but we found a place that wasn’t. It was just the reward I needed for a steep trek that never seemed to end. So, I had chocolate and the hubby had a beer (as it should be). And then we realized there is a trolly that takes you to the top. And it won’t take you down unless you took it up. *Le Sigh. 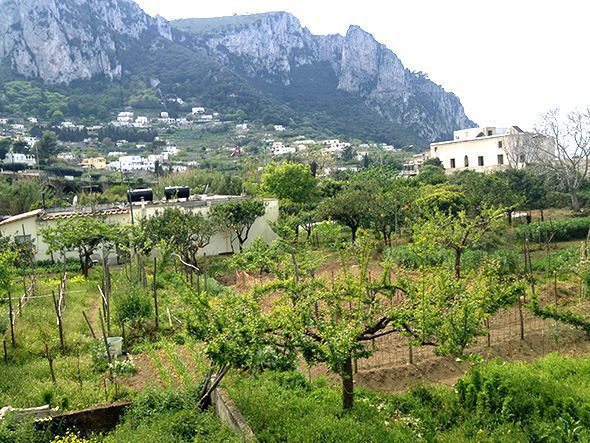 So down we walked. But filled with dessert and surrounded by breathtaking views, we didn’t mind at all.

Later back at the hotel, tired and broke, we ate leftover cold pizza in bed while catching up on world news (the only channel in English). It was even better the second time.

A little video from the boat!

Previous A Wild & Wacky Last Minute Holiday
Next Rome, The Next Stop on Your Hollywood Tour

The Merchant of Belfast 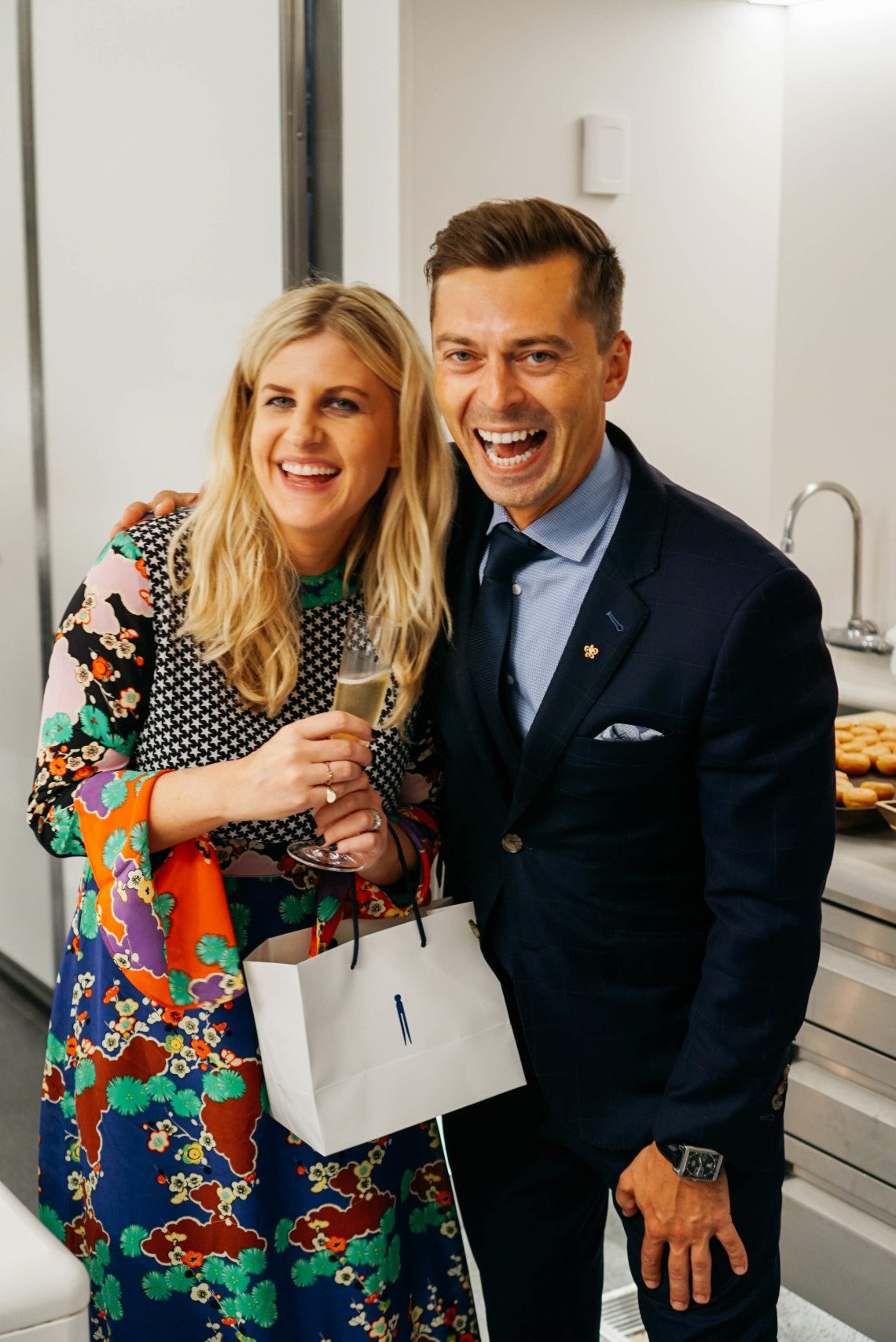 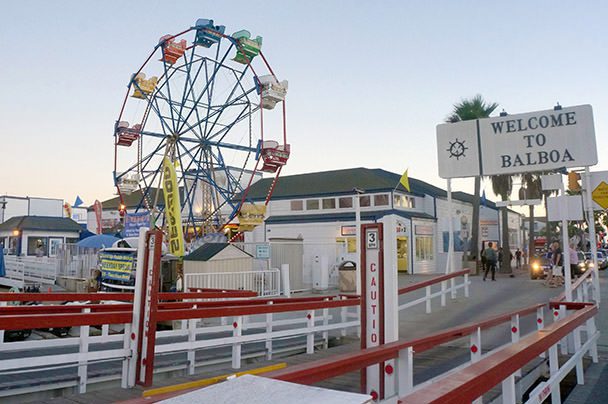