Old New York, Nobs, Swells and What to Read While You Wait for “Downton Abbey” to Return 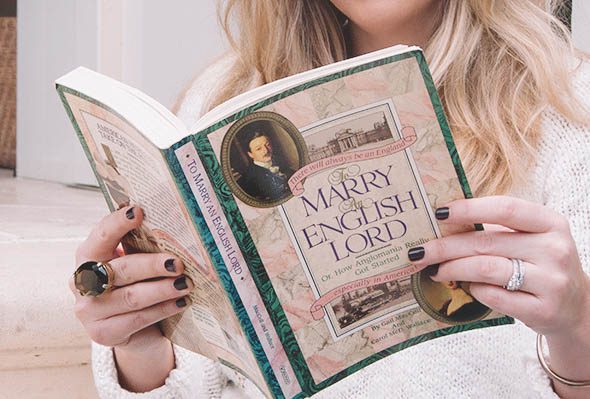 This Sunday, while our friends across the pond have a hot date with the season 3 premiere of “Downton Abbey,” we Americans get to settle in for a night with “The Real Housewives of New Jersey.” (I was so born in the wrong country.) To make the wait until next January a little more bearable, let me share with you a book that is currently on my night stand. Let’s go back to last January when the New York Times had a delicious article about old New York as an homage to Edith Wharton’s Birthday. Julian Fellows, the creator of “Downton Abbey,” was quoted as saying that the idea for the series came from a book he was reading at the time called To Marry an English Lord, by Gail McColl and Carol Wallace. Now if you think you could find that book ANYWHERE in the world for less than $350 after that article came out, think again! I searched high and low and had all but given up, when it appeared back on Amazon recently for $12.00. Of course I ordered it right away and am completely captivated.

Better than any soap opera, this book tells the history of New York high society—the “nobs” (old money), “swells” (nouveaux riches) and why “American heiresses invaded Britannia and swapped dollars for titles.” How does “Downton Abbey” fit in to all this? Remember—Cora Crowley, Countess of Grantham is American. Or was American before she married the Earl of Grantham, as Violet Crowley, Dowager Countess of Grantham, loves to remind her. For those of you “Gossip Girl” fans (yes, I keep hanging on), it’s easy to see similarities in Blair Waldorf and THE Mrs. Astor (queen of New York society) as well. Ohhhh I love this stuff!