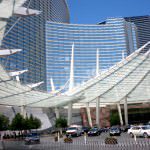 This past week, I had the privilege of jetting up to Vegas for the World Market Center and the Ahead of the Curve panel for a first look at the current design trends from renowned designers Kishani Perera, Mary McDonald and Darryl Carter. While you should definitely check out their video here, the question looming is where to stay, where to stay?!

I had not been to Vegas in about five years. And for good reason. The last time I was in town, prices had soared, ranked as the third most expensive city in the country, and there were just so many other places I cared to “throw away money.” But, there are many redeeming qualities of Vegas, one of which has always been grandiose hotels… 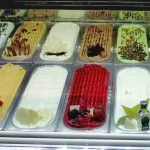 My friend and I checked into Aria Resort & Casino, and though the front desk seemed a bit frazzled, we were all too pleased as we stepped one foot into our high tech room and the drapes began to part like the Red Sea and our television powered on. Talk about intuitive!  Though Vegas is now full of world class restaurants, spas and shows, at Aria, you simply never have to leave. And, I’m sure they’d be happiest if you didn’t.

That afternoon, we needed a refresher, something to cool us down from the 95 degree heat. Jean Philippe Patisserie (on the lobby level) called our name with its rainbow rows of decadent gelato…try one scoop of berry and one scoop of chocolate. There is simply no better combination. 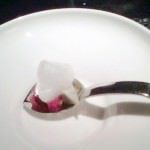 That evening, exhausted beyond belief, we moseyed down to Sage, the hotel’s contemporary American restaurant, sharing an array of smaller plates. Starting with a little amuse bouche (adding so much for so little) of dates and plum topped with foam, we moved on to the Chilled Corn Soup, Pacific Yellowtail Crudo, Heirloom Beet Salad, and Artichoke with Burrata Salad. We loved it all. And the service even more.

For a hotel known for its celebrity-driven pool parties and nightlife, I was pleasantly surprised when my early bedtime rolled around and I cozied up in their luxurious bed. I needed only hit one button to turn the room into a dark, quiet sanctuary….”Goodnight.” 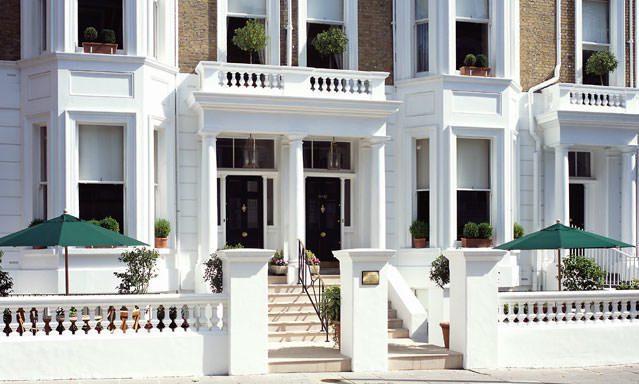 1 thought on “Twenty-Four Hours in Vegas”