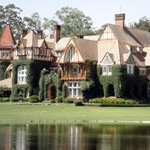 As our car outpaced the hustle and bustle that is Buenos Aires, I began to wonder if we’d made a mistake.  Approximately an hour outside of the city as we drove the streets of Máximo Paz, passing abandoned buildings and dodging stray dogs, it occurred to me that perhaps the Argentine country life was not all it was cracked up to be.  How wrong I was! 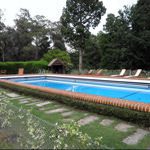 Gaucho (cowboy) culture is revered in Argentina and there is no better way to get a taste of it than by booking a stay in an authentic Argentine estancia (ranch).  The countryside is filled with estancias vying for American dollars, but as we drove through the gates of Estancia Villa Maria and saw acres of pristine parkland spreading out before us, I knew we’d picked a good one.  Rounding the final bend, a stunning Tudor mansion came into view and our weekend of time travel officially began.

Built in 1925, Estancia Villa Maria is elegantly designed with many surprising whimsical touches (note the cat figurines in a stand off on the roof). We were lucky enough to have the place to ourselves, save for a surprisingly unobtrusive crew from a French magazine producing a photo shoot by the beautiful pool. Rooms are well appointed with great views over the estate and L’Occitane products in the bathrooms. 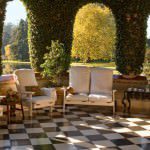 One large television resides in a common area on the top floor of the house, but shame on you if you spend your time watching it. Even on a rainy day (such as we experienced) more diverting pursuits can be found.  We opted for cards and board games in the handsome billiard room while waiting for the weather to clear.  Once it did, we delighted in extensive walks and horseback riding under stately magnolia trees and past 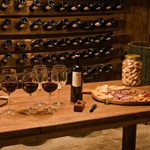 In addition to all the activities Villa Maria has to offer, you’ll want to make time to fit in all four meals a day (includes afternoon tea).  The lunch and dinner menus include two options per course, as well as substantial quantities of wine (ask to see the wine cellar).  At roughly $370 US/night including all food and activities for two, Estancia Villa Maria is an outstanding bargain!

EAT: The food is exceptional and included in the price of your stay. Standouts included a delicious steak with a pear and blue cheese quiche and a scrumptious wine glazed pork chop with a cheese soufflé starter. Desserts included traditional Italian and Argentine fare such as tiramisu and flan with dulce de leche.

NOTE: There are no in-room phones or televisions, which may be off putting to some, but for us, only helped to reinforce the feeling that we’d traveled to a different era. 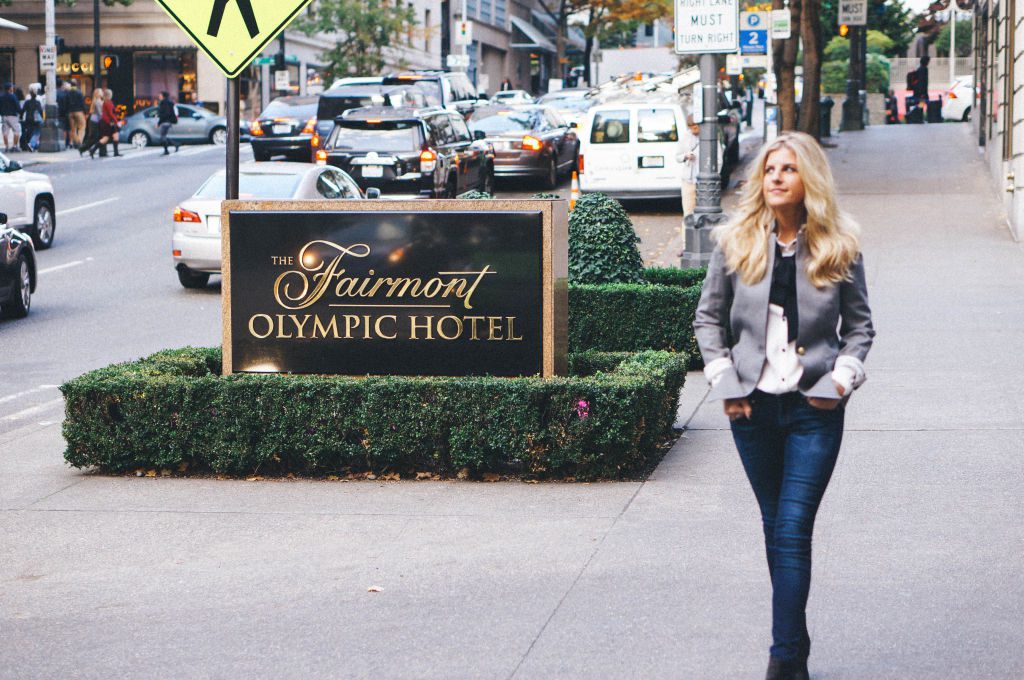 Hi, This is Barcelona