The Mister and I have been going downtown for date night since First & Hope Supper Club blew all our minds with their craft cocktails and retro vibe. It was the first time I can remember friends talking about driving downtown for dinner (aside from before a sporting event or concert at Staples Center). These days, it’s become almost impossible to keep up, but there’s nothing more “right now” than Fifty Seven, a new concept restaurant that rotates chefs, showcasing talent from around the country. 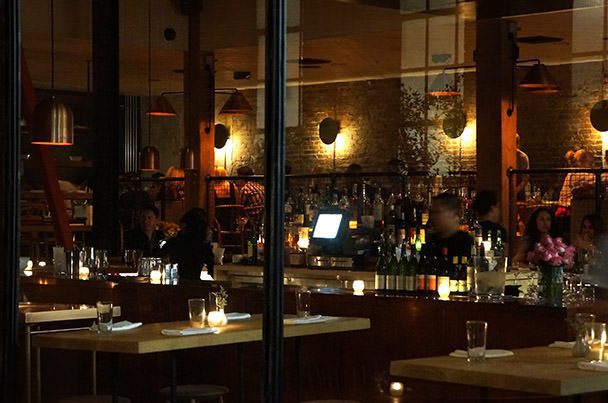 It’s located right around the corner from Bestia, probably the most talked about restaurant of last year. 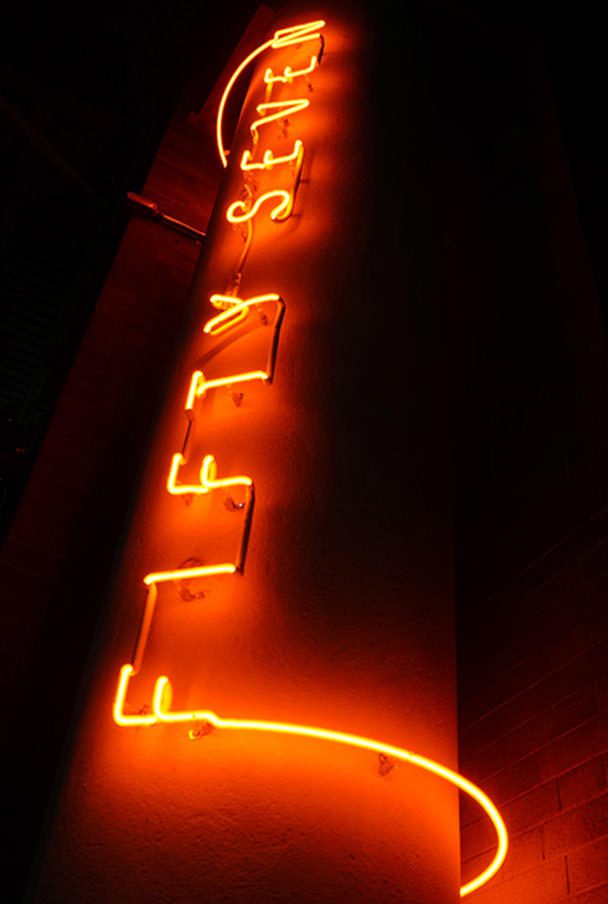 The space itself is very well done, featuring a huge bar on the 1st floor and an open 2nd level that wraps around the restaurant, giving a view of  what’s below. 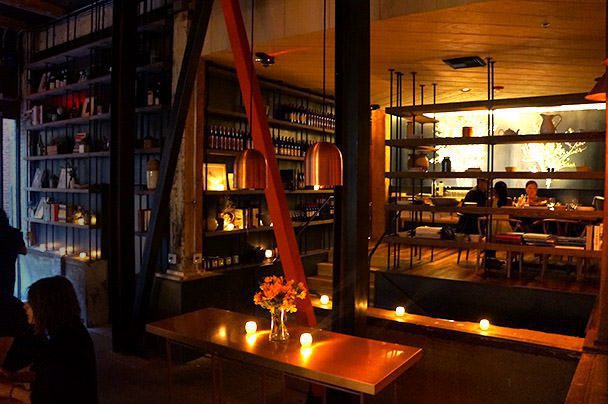 The current Chef in Residence is Josh Drew, most recently Executive Chef of Farmshop, but he trained at The French Laundry, Bouchon, & Quince. Needless to say, I was excited… 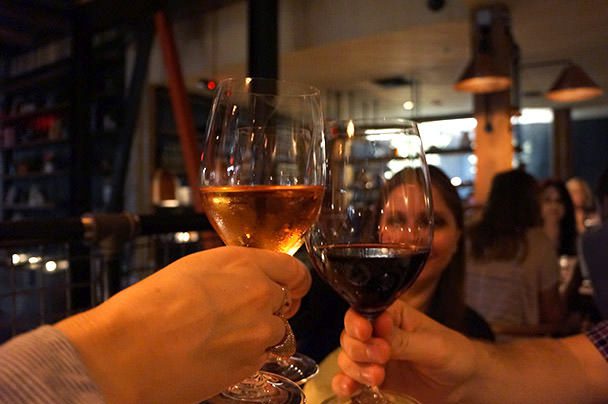 A toast to finally getting together with our long time friends Jeff & Tiffany. My husband and Jeff worked together back in the day at Dreamworks and they live in my beloved Pasadena, which means we virtually never see them. Of course, we vowed to do better! 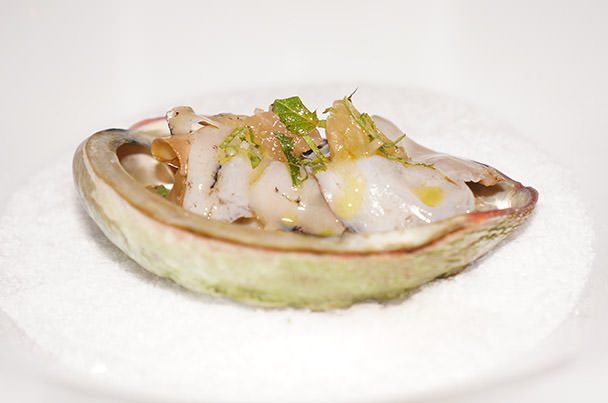 What I love most about Fifty Seven is the obvious free range the chef is given to play with ingredients. It’s a place to experiment, throw caution to the wind. And for many dishes, that boldness paid off, other times not as much. But, I was never bored with any bite.

First up was the Dos Pueblo Ranch Abalone Crudo with Laura’s Pink Lemon and Pineapple Sage. Pink Lemon you say?!? I had never had such a thing. Between us, it sounds way fancier than it tasted. 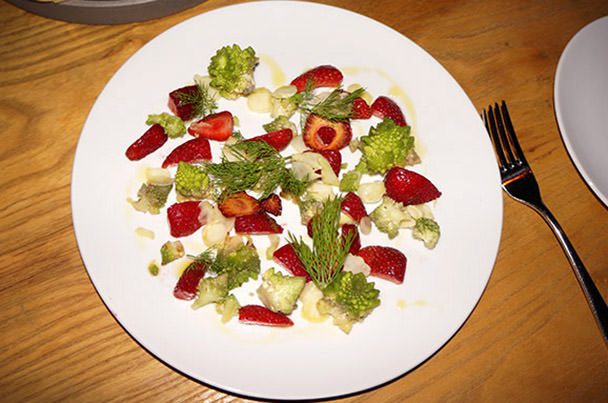 Next up was the Albion Strawberries with Romanesco Cauliflower, Dill & Horseradish. What I loved about this dish was that it was super simple, but with textures and flavors that were not the norm. The strawberries also went amazingly well with the best dish of the night… 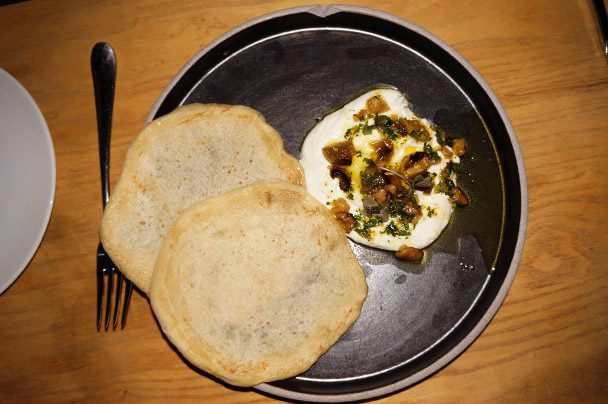 The Goat Cheese. Good Lord. Whipped heaven on a plate, from Drake Family Farm (I love when they tell you where the ingredients are from) with Walnut Black Garlic Pesto, Tomatillo and Flatbread. We almost ordered another plate as Jeff & I dueled to the death over the last bite. 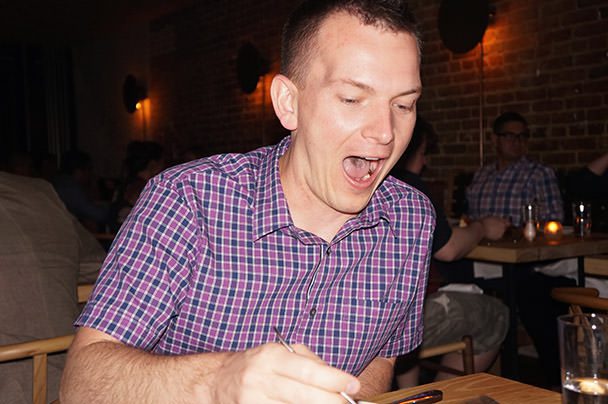 Ok not really… I let him live ;). Rather, I decided to humiliate him with this photo. MWAHHAHAHA! 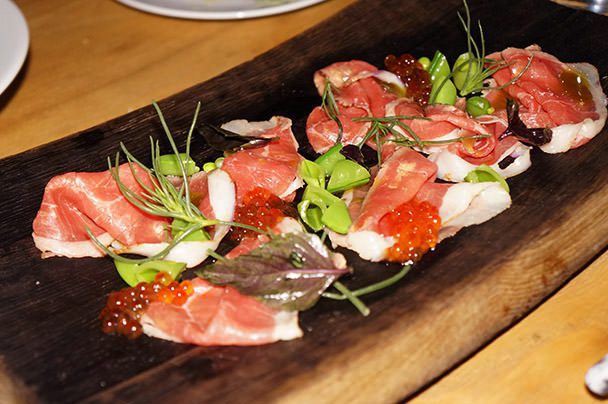 All of their dishes are shareable and we ordered heavily from the side that would be considered more like starters than main dishes. You get to taste more that way without feeling like you are going to burst. 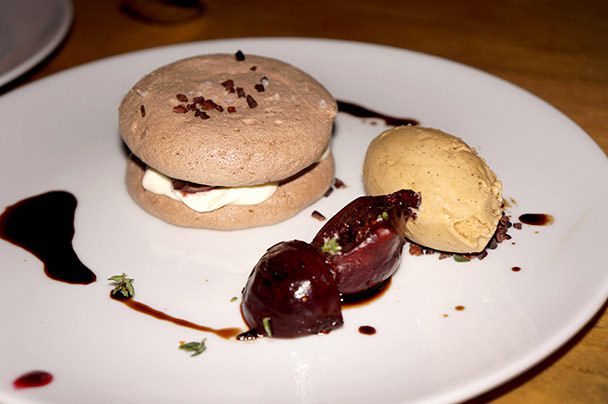 We ordered two desserts – The Plum Crustada and the Black Mission Fig Pavlova with Dark Chocolate Meringue. I’m really so easy to please with dessert (anything chocolate) and I often find that the more complicated, the less I like it. But, despite the rather unusual pairings, it was a very sweet ending to a fun dinner. 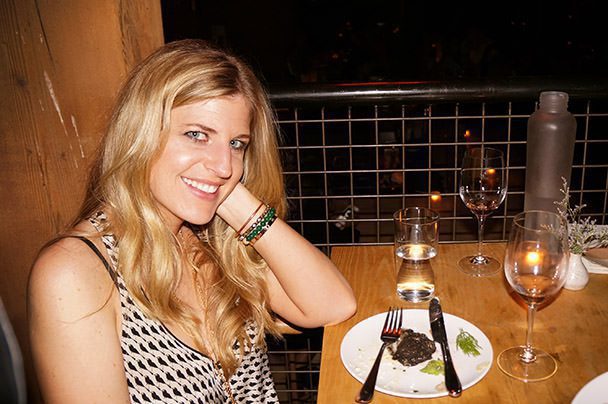 We had a birthday party later that night (I know, I’m such a double booker!), so we had to skip what I suspect was the best part. Below the restaurant lies Downstairs, a destination for live music Tuesday-Saturday starting at 9pm. Even if you don’t want to come for dinner, you can still buy tickets here. And after the party, it’s the after party…a DJ starts at 2am, but I turn ito a pumpkin at midnight. 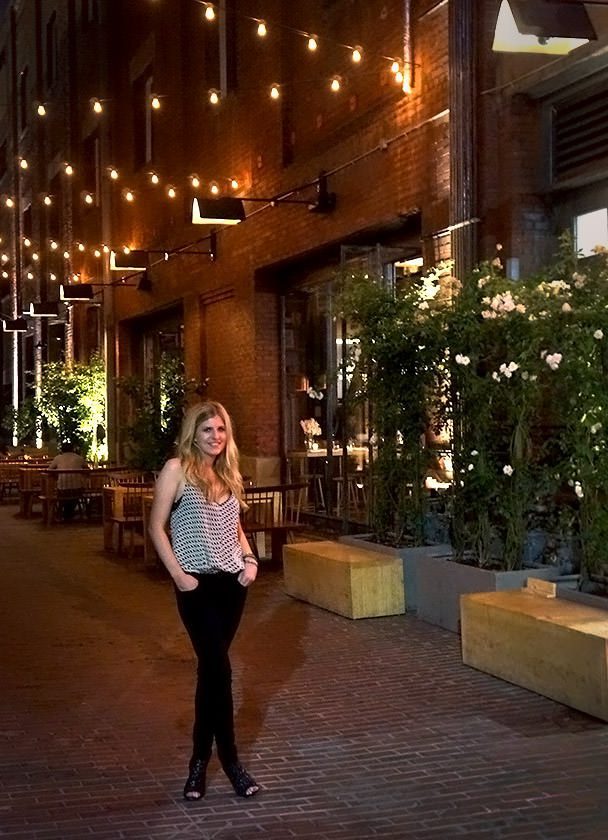 Downtown in the Daytime