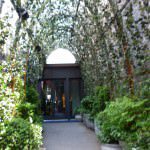 There’s no sign, so you know it must be cool. The entrance…an ivy covered arbor, romantic from strung lights and a side view of the front orchard-esqe patio, where guests of the booming restaurant/bar, Imperial No.Nine, might step out for some night air. The 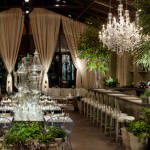 Lobby…shades of cornflower blue and chrome, evoking modern chic and urban glamour. This is the Mondrian, the newest hotel to hit Soho, and it’s the talk of the town.

Part work; part pleasure, I had one week in New York City, and plenty of time to experience some of the newer places I’d heard so much about. But, let’s start at the beginning. The hotel, the hotel! 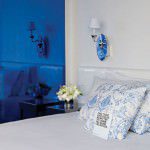 Luxury boutique hotel living has become a lifestyle. So much so that there’s even a new home furnishing line out to help you create the same feel at home—see Hotel Maison. My point? Hotel decor is important. And the Mondrian Soho has done everything right.

I’m a little biased to blue and white…it’s calm and orderly, the antithesis of my
life lately. Add to it crystal water glasses (so much chicer than a paper cup), the
inspirational quote on the bed, the Help Remedies, the iPad at your service, and it made leaving one of the more 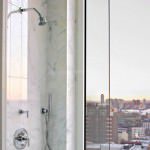 depressing days of my life. If that wasn’t enough, floor to ceiling windows covered the entire front wall, capturing a view that leaves you breathless and in love with one of the greatest cities in the world.

And that view expanded into the bathroom, where you can shower as you watch passersby stroll in and out of Derek Lam across the street. Can they see me? Oh, who cares! This is New York! 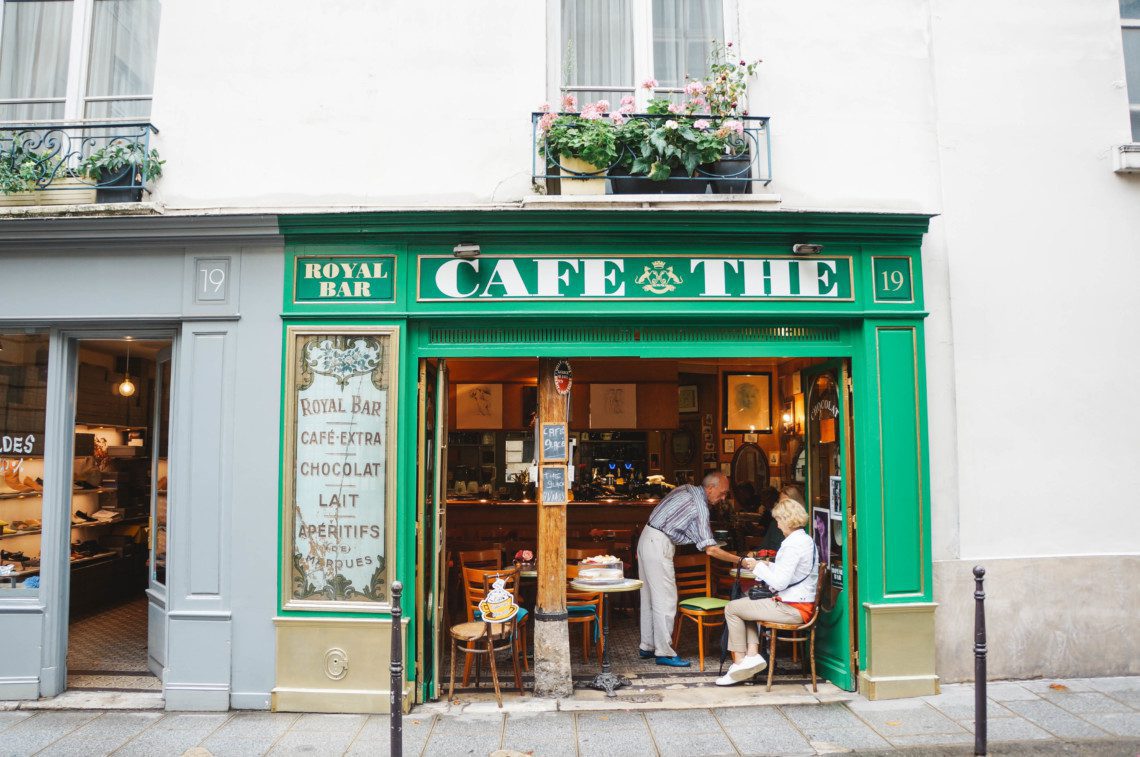 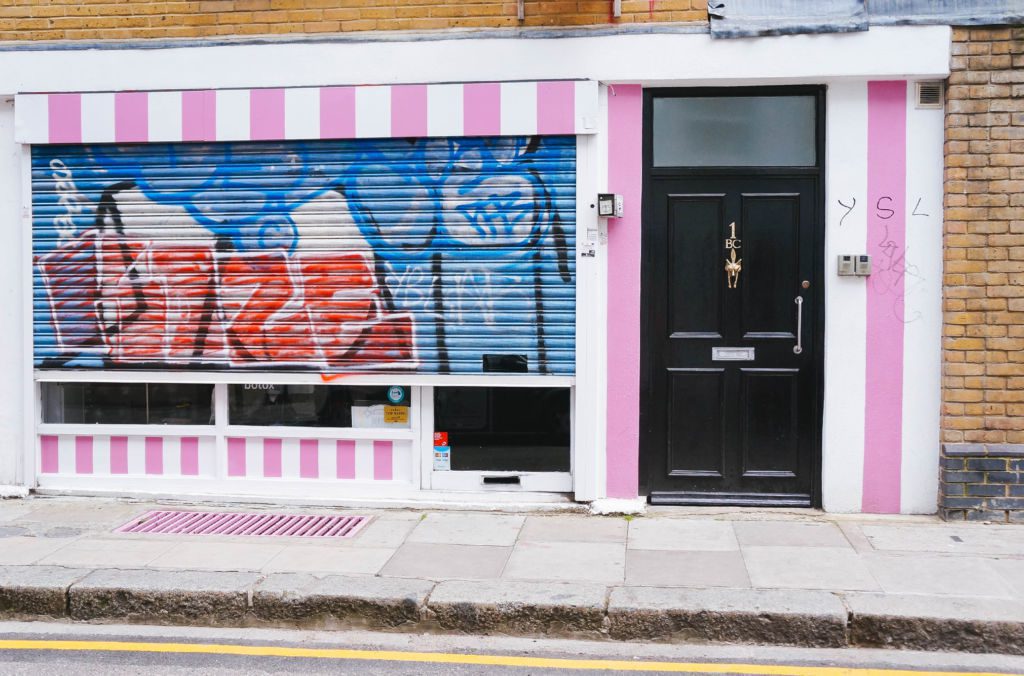 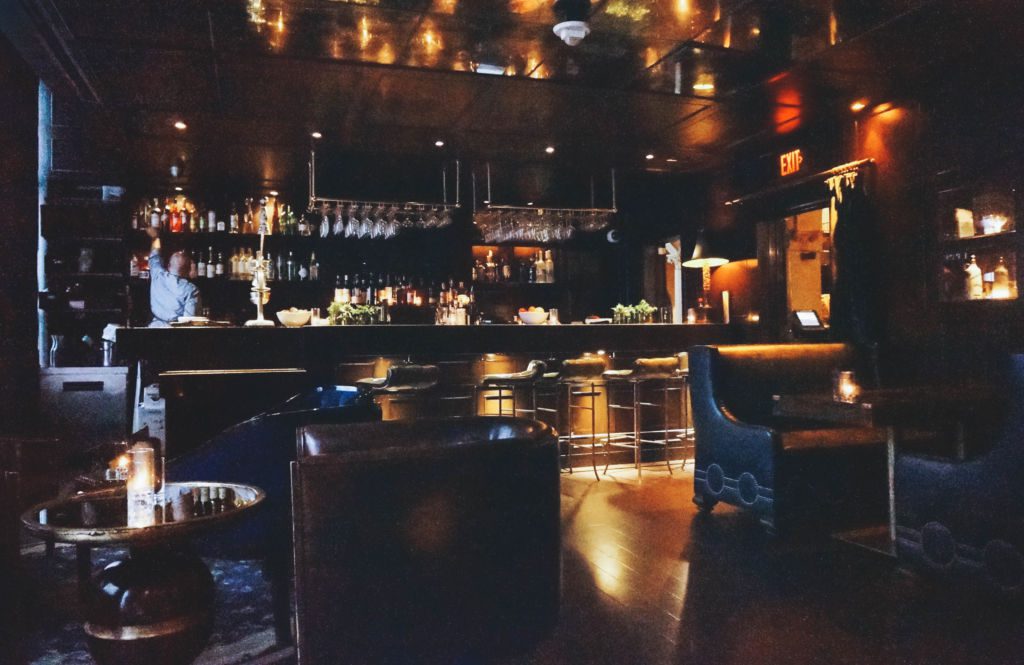 Drinks at the Library Bar Hollywood