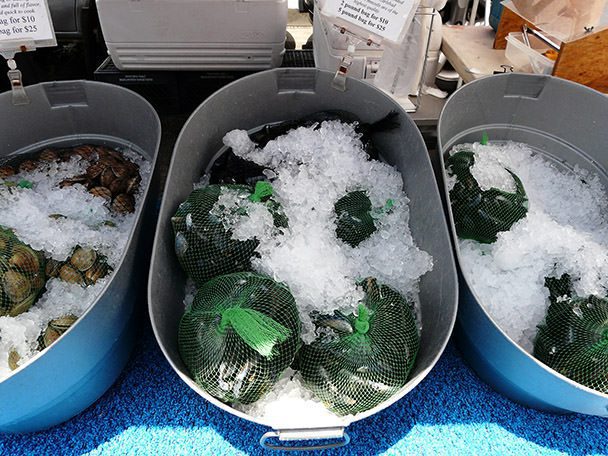 When I was a kid, it’s safe to say that I was not a fan of oysters— fried, Rockefellered and certainly not raw.  Now that I’m an adult, my husband in his own gastronomic adventures, recently made a re-introduction and this time sparks flew (they are said to be a natural aphrodisiac—wink, wink). I had been hearing about the “Oyster Guy” at the Santa Monica Farmers’ Market for weeks, and my interest had long since piqued. With growling stomachs, we hurriedly shuffled past all the different vendors, and when we reached the stand of Carlsbad Aquafarm, they were closing down shop! A world-class chef had beat us to the punch and had bought every last one! 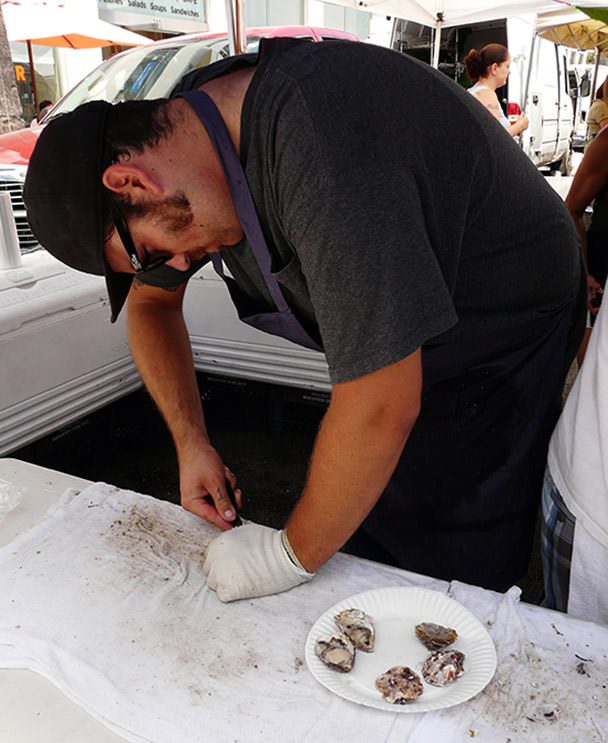 Determined to try again that week, we invited some friends to go early on Saturday to see what we had been missing. Oysters for breakfast?  I’m not that brave (though they open at 8am), so we took a chance and arrived at noon. And just in time…we got the last dozen. Ask for small to medium in size…it’s the consummate bite. They have shucking down to a science, so take advantage of this offering. Even the fanciest of raw bars sometimes leave bits of shell in your oyster and don’t always cut the foot, which makes shooting it next to impossible. Here, each succulent oyster will be shucked perfectly, left floating in a bath of fresh sea water. 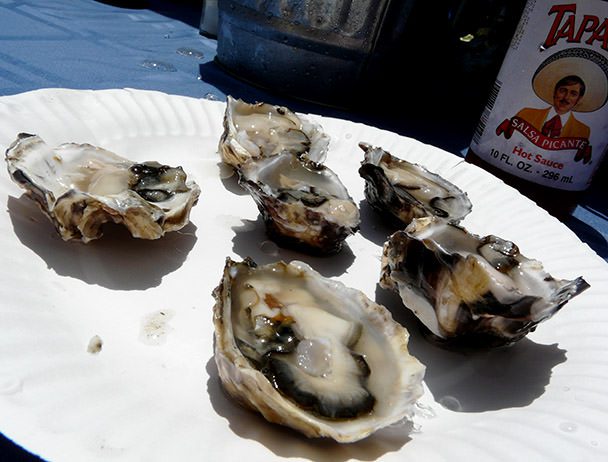 At $2 each, you can make this your meal or a little amuse-bouche as we did, before moving on to a larger dining experience. Bring a cooler and for $10 you can take a dozen home. Just make sure to get a crash course in shucking beforehand. Located in Carlsbad, CA, they aim to “conserve our ocean’s resources” and hope aquafarms will eventually be able to supply half of the seafood that humans consume.

Though my oysters had no pearls, I still say I’ve found a gem.

INFO: Carlsbad Aquafarm sets up shop every Wednesday and Saturday in Santa Monica and every Sunday at the Hollywood Farmers’ Market, delivering farm raised mussels, clams and oysters fresh to your plate.

Previous My Family Heirloom
Next Let Them Eat Cake 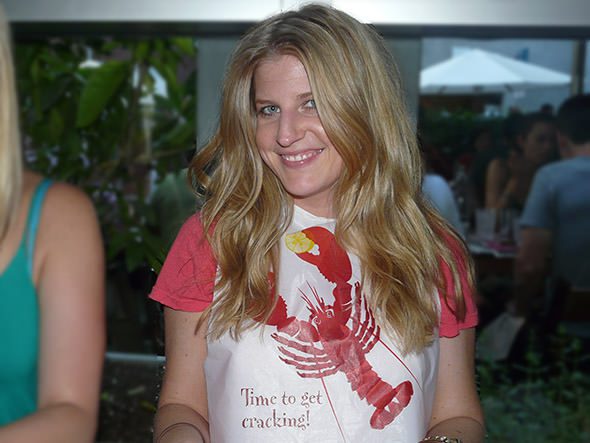 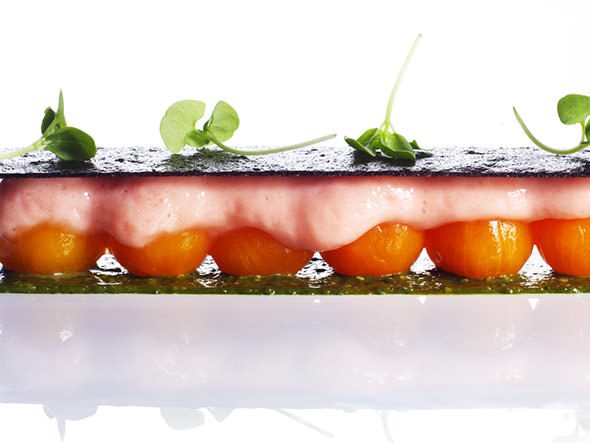 Does Michelin Make it Better?